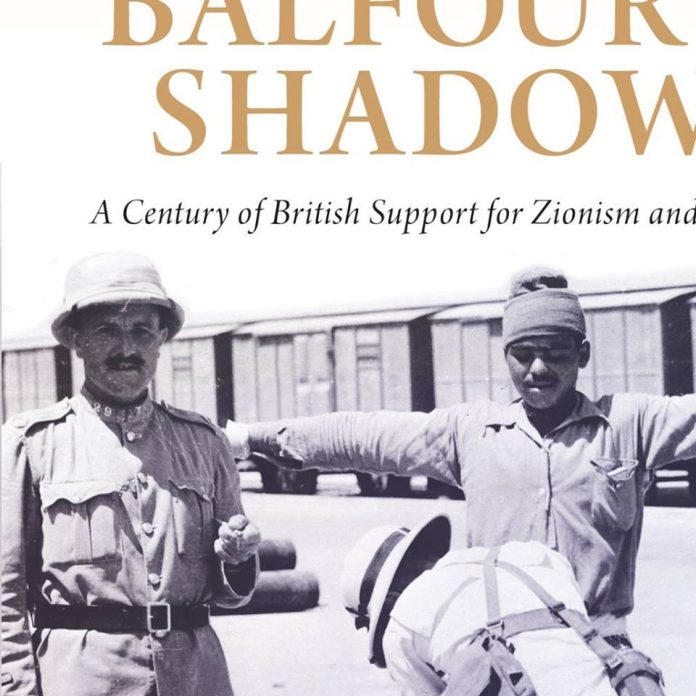 Join IHRC for an author evening with David Cronin for his latest book Balfour’s Shadow: A Century of British Support for Zionism and Israel
WHEN: IHRC Bookshop, 202 Preston Road, Wembley HA9 8PA
WHERE: Thursday, 27 July from 6.45pm
David Cronin is a contributing editor with The Electronic Intifada, a website focused on Palestine. His previous books are Europe’s Alliance With Israel: Aiding the Occupation (Pluto, 2011) and Corporate Europe: How Big Business Sets Policies on Food, Climate and War (Pluto, 2013).
Summary of book:
In November 1917, Britain caused one of the great fault lines in the Middle East. A declaration signed by Arthur James Balfour, then foreign secretary, favoured the establishment of a ‘Jewish national home’ in Palestine, a predominantly Arab land.
David Cronin’s new book, Balfour’s Shadow, provides a trenchant critique of Britain’s 100-year-old support for the Zionist colonisation project. Unearthing facts neglected by many historians, Cronin documents Britain’s frequently brutal conduct when it ruled Palestine between the two world wars. Such brutality facilitated the dispossession of Palestinians and spawned injustices that have been allowed to fester.
Britain’s relationship with the Zionist movement has proven resilient, despite periods of hostility. A century ago Britain was the chief imperial sponsor of the Zionist project; today some of Britain’s key policies on ‘defence’ rely on Israeli-designed weapons. Balfour’s Shadow traces the evolution of an intriguing alliance with lethal consequences.