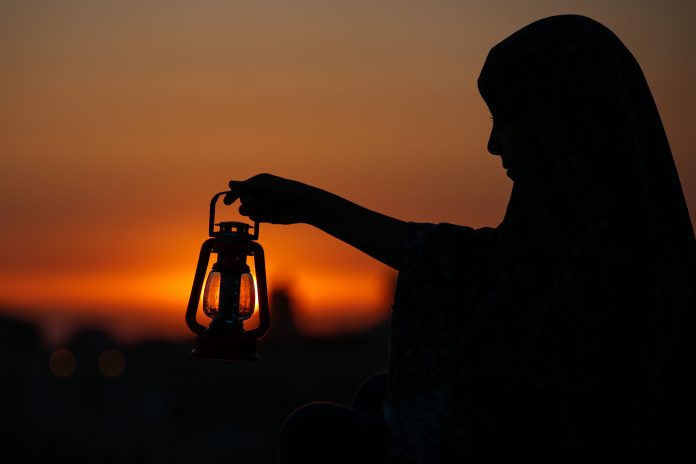 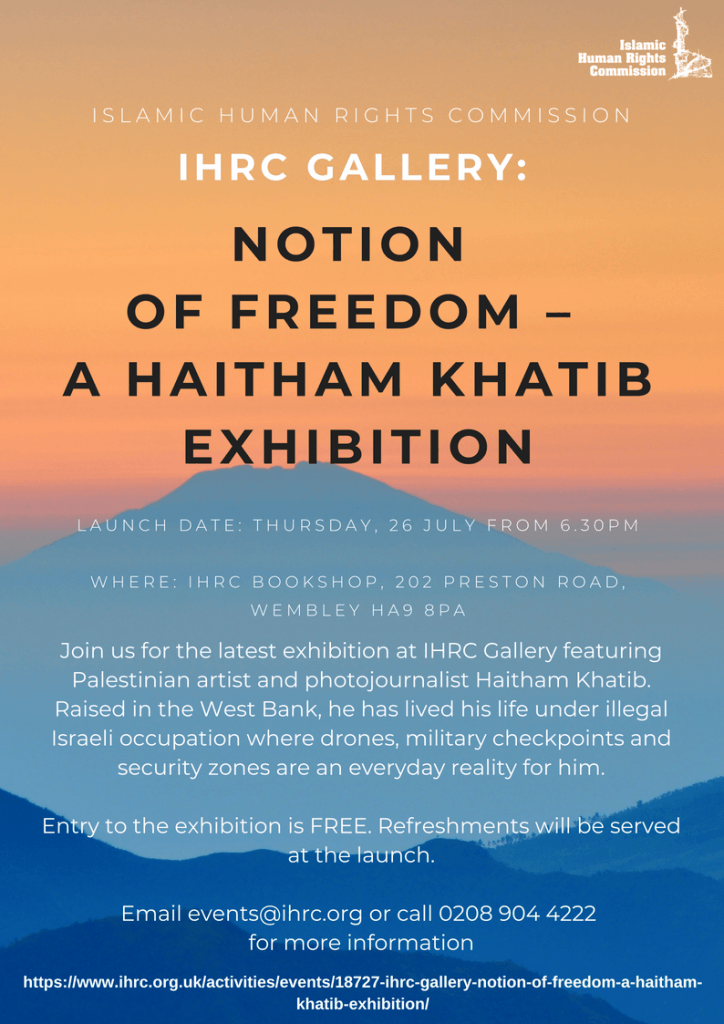 Join us for the latest exhibition at IHRC Gallery featuring Palestinian artist and photojournalist Haitham Khatib. Raised in the West Bank, he has lived his life under illegal Israeli occupation. Drones, military checkpoints and security zones are an everyday reality for him.

From 26 July, IHRC Gallery will be featuring the Haitham’s works. He describes himself as a self-taught video journalist, photographer and documentary film-maker. He has used photography as a tool for self defense with output often being used as evidence in Israeli courts.

The exhibition will feature an exploration of Haitham’s life – the beauty he finds in the everyday and the mundane. But it will also showcase the horrors of the occupation. Mixed media including photographs, slides and video will be on display. And we hope to also be in conversation at the launch with Haitham who is based in Palestine.

Haitham’s life has been defined by the suffering of his people at the hands of Israel and the peaceful demonstrations organised and attended by his village. He struggles with own personal tragedies too since the loss of his young son to cancer. Yet Haitham’s art is hopeful and uplifting. His documentation of Palestinian protests is eye-opening.

Entry to the exhibition is FREE.