7-9 September 2018 mark 1000 days since the Zaria massacre (12-14 December 2015) in Nigeria and the unlawful detention of Sheikh Zakzaky and his wife Muallima Zeenah.

For more instructions and a model letter/email, please click here 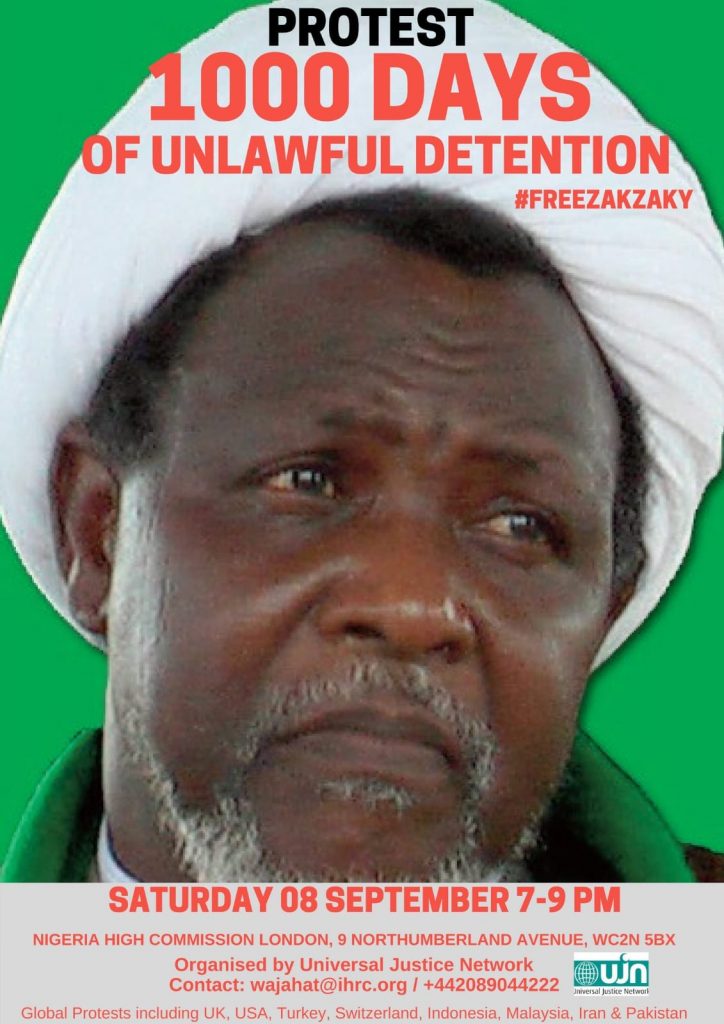