Join IHRC for a joint author evening with Alima Ashfaq (author of Du’as of the Superstars) and Samia Quddus (creator of Taqdeer Life Journal).

We will be exploring how and why Du’as of the Superstars and the Taqdeer Life Journal are transformational, exciting and inspiring tools to help everyday Muslims to connect and gain closeness to our purpose, and to our Creator.

Both books will be available to purchase online and in-store. More details to follow.

Alima Ashfaq a teacher by profession and currently is part of the Diplomas Department at the Islamic Online University. She has been studying Islamic studies with various Islamic Institutes and teachers since 2007 and has actively been involved in the community working with several prominent organisations. She currently lectures nationally and internationally focusing on the topic of gender, faith and spirituality. In 2012 she authored Du’as of the Superstars and released a new edition in 2018. Alima is currently pursuing her ‘Alamiyyah with Al-Salam Institute.

Samia Quddus has taught as a primary school teacher for over ten years recently specialising in children’s social and emotional mental health. She is currently an academic, training to qualify as a children’s counsellor with a leading national children’s mental health charity.  Samia’s work with children from diverse backgrounds both in the UK and international settings has contributed towards developing her skillset to make a positive difference which is the driving force behind all that she does.

About Du’as of the Superstars book:
Du’ā is one of the most transformational tools you have. Du’ā led to the birth of Maryam (AS). Du’ā opened the sea for Mūsa (AS). Du’ā freed Yūnus (AS) from the darkest depths of the sea. It gave ease to ‘Ayyūb u, after he was inflicted with a disease, lost his wealth, status and children. It gave Zakarīya (AS) and his wife a child in their old age. Du’ā granted Sulaymān (AS) one of the greatest kingdoms known to this world. It perfected the faith of ‘Āisha (AS). Every time the Prophet (SAW) wanted to speak to His Creator he made du’a. During his traumatic ordeal at Taif, when he lost his son, Ibrahim… even as he was about to leave this fickle life, he made du’ā. He made du’ā for you. His Ummah. Du’ā provides ease and direction in all your affairs.
It is described as the essence of worship as it is an experience, a conversation, a connection with Allāh. However, in order to truly benefit from your du’a, you need to complement it with powerful goals. Du’ās of the Superstars is an inspiring work focused on developing the reader through du’ā, with personal examples and practical case studies, alongside lessons from the Qur’ān and Sunnah. One of the primary aims is to raise the standards of the believer through goal setting and accompanying du’ās. Do not underestimate this work to be another du’ā book — it is a journey the reader embarks on to develop the best version of themselves.
PRE-ORDER YOUR COPY NOW 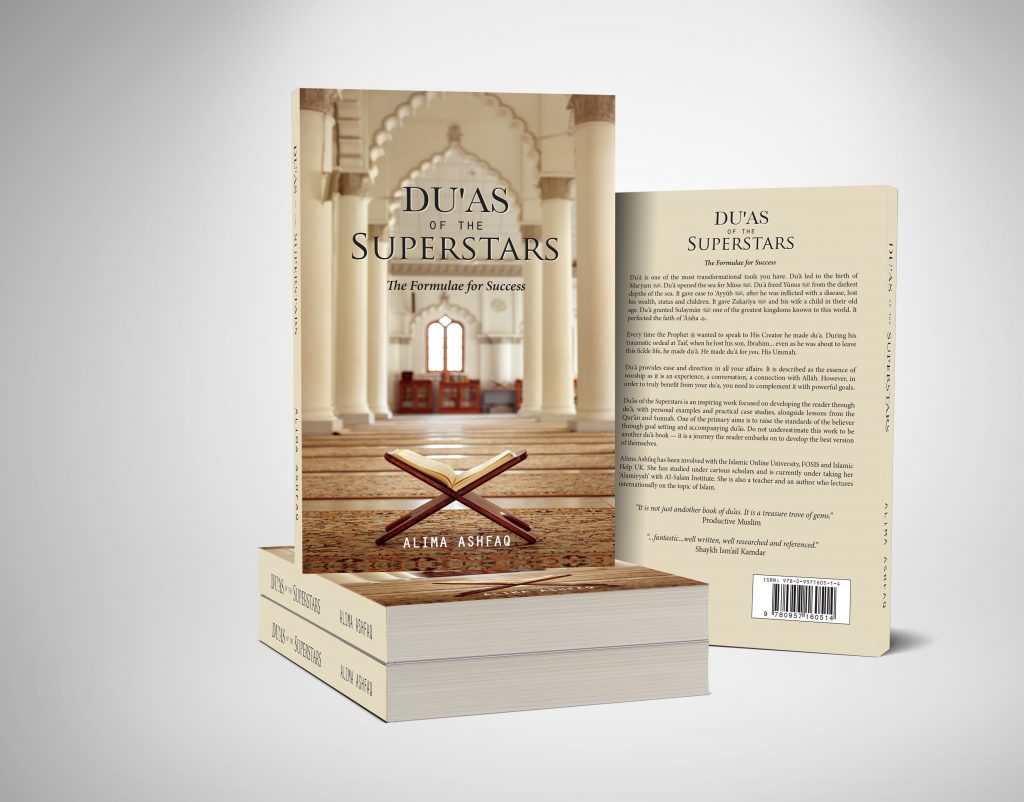 About the Taqdeer Life journal:

The concept of Taqdeer came about at a time when Samia wanted to incorporate elements of her professional work, her understanding of journaling and the notion of gratitude that encompassed both Islamic and scientific principles in a consistent repetitive structure. This process enabled Samia to channel her thoughts in a positive way, further achieved by the familiarity of what she was expected to regularly reflect on. Over time it became easier to find all that evoked a sense of happiness and appreciation supported by a simple format that remained the same, the only difference being Samia’s perception. It’s what she chose to bring to the table.

Until faced with her own difficult life event, Samia never really truly appreciated what it meant to be in the ‘present’, a concept and self-development skill she learned to channel through Taqdeer. It doesn’t come easily at first however knowing that you are looking for the positives in your daily experiences automatically shapes your mind-set for the better. Though Taqdeer provides some direction in recognising the positive happenings in your life, the overarching theme is acknowledging and expressing thanks to Allah (swt) for all that occurs in your everyday life as well as making a conscious choice to be happy regardless what life may throw at you. 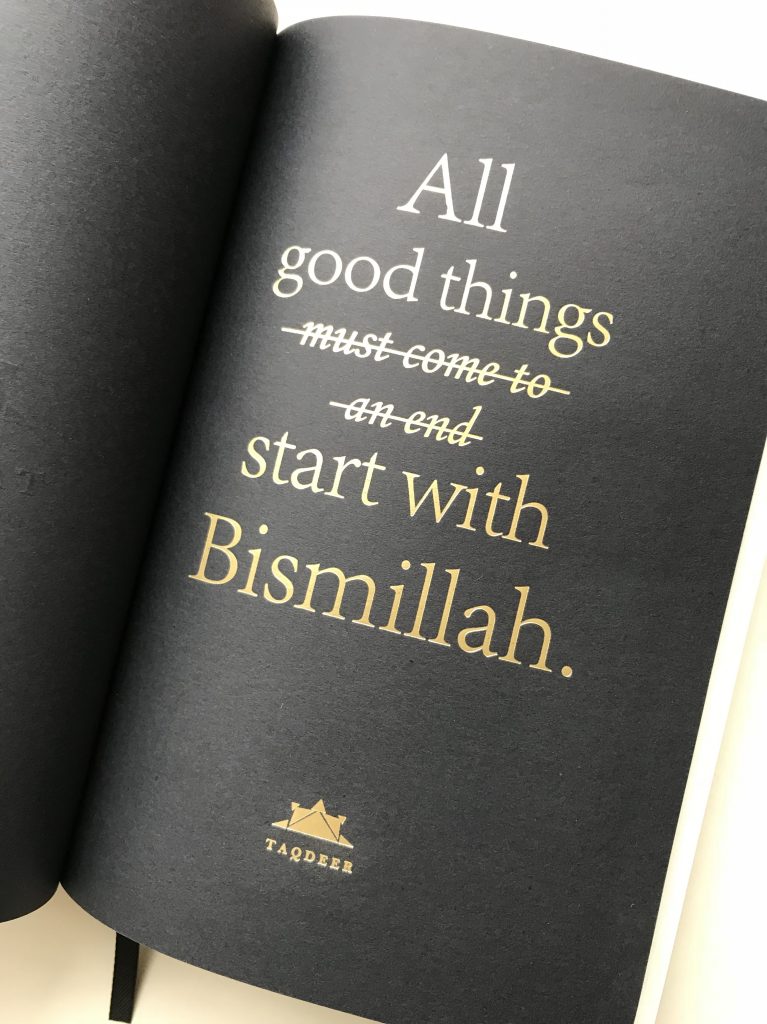