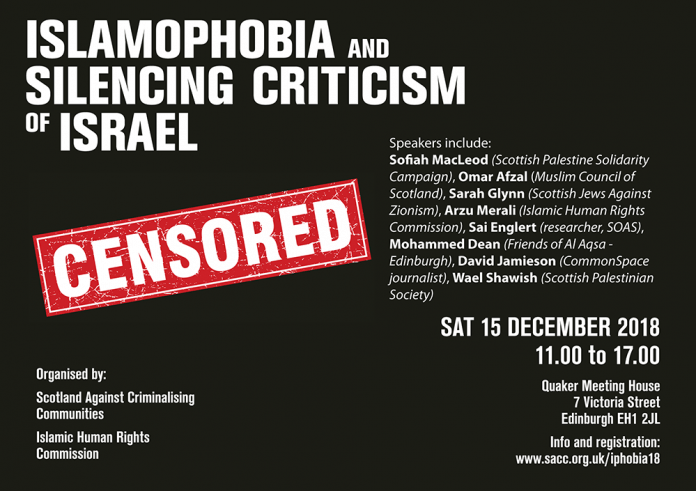 This year’s theme is “Islamophobia and Silencing Criticism of Israel”.

Misleading allegations of anti-semitism are being used to suppress criticism of Israel. This tactic has been institutionalised through the adoption of the IHRA definition of anti-semitism by the UK and Scottish governments. At the same time, real and deadly anti-semitism is being promoted by far-right movements alongside Islamophobia.

Joint Statement on Stand Up To Racism March in Glasgow