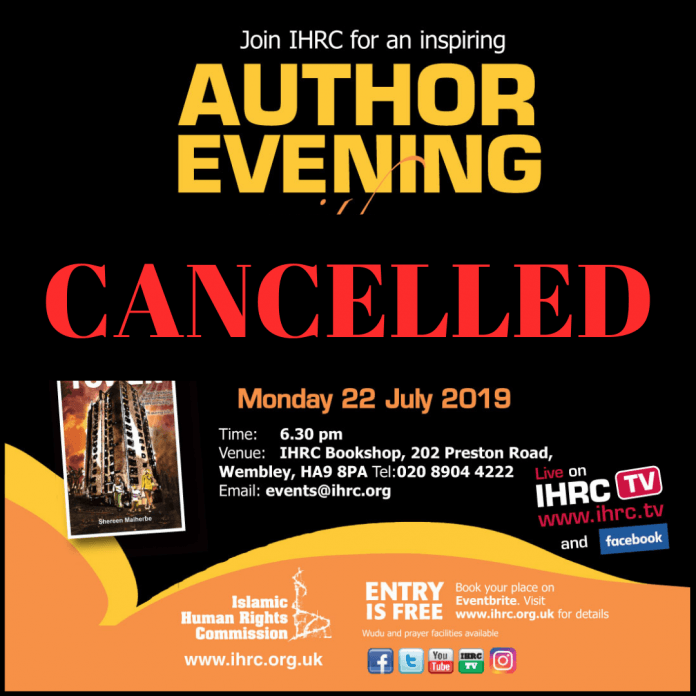 DUE TO UNFORESEEN CIRCUMSTANCES THIS EVENT HAS BEEN CANCELLED.

We will be rescheduling this event later in the year insha Allah. We apologise for any inconvenience caused.

Thank you for understanding.

The Tower will be available to purchase online and in-store.

Reem is a Syrian refugee who has arrived in London, trying to discover the whereabouts of her 10-year old brother, Adar. Obsessed with history and consumed by her fragmented memories of home, Reem is also hiding secrets she hopes will never be revealed.

After being placed in a tower block, she befriends Leah; a single mother who has been forced to leave her expensive South Kensington townhouse. Their unlikely friendship  supports them as they attempt to find their place in a relentless, heaving city, and come to terms with the homes they left behind.

Both bold and timely, The Tower shows how Reem and Leah’s lives change and intersect in the wake of individual and communal tragedy, as well as in their struggle to adapt to a rapidly shifting society.

Her debut novel, set in modern day Palestine is an accumulation of her families stories fictionalised into a novel, entitled Jasmine Falling.

Jasmine Falling has been voted as one of the top 10 books representing Muslims in Literature and in the top 20 Best Books by Muslim Women.

Shereen also researches and writes on behalf of Muslimah Media Watch about the representation of Muslim women in the media and appeared on British Muslim TV and the Islam Channel.

Shereen is a member of the Media Diversified Experts Directory.