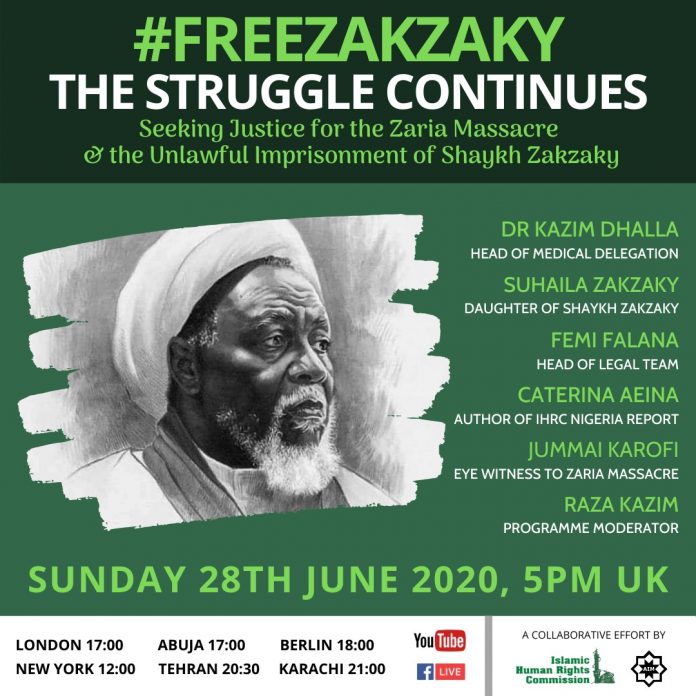 Watch live on Sunday 28th June at 5pm BST (GMT+1) on IHRC Tv or on the IHRC Facebook page.

The Zaria Massacre took place in December 2015. Over a thousand were killed, and hundreds arrested. It is nearly 5 years and Sheikh Zakzaky and Mallima Zeenah remain imprisoned, the bodies of those killed remain in mass graves, and those responsible for the atrocity have not been held accountable.

Join us to discuss the report and what needs to be done to end this injustice, with Caterina Aiena author of the IHRC report, Femi Fulana the head of Sheikh’s legal team, Jummai Karofi who witnessed the Zaria massacre and Dr. Kazim Dhalla who led a medical delegation to visit the Zakzakys last year. The meeting will be joined by Suhaila Zakzaky, the daughter of the imprisoned leaders of the Islamic movement and will be moderated by Raza Kazim. Watch live on Sunday 28th June at 5pm BST (GMT+1) on IHRC TV or on the IHRC Facebook page.