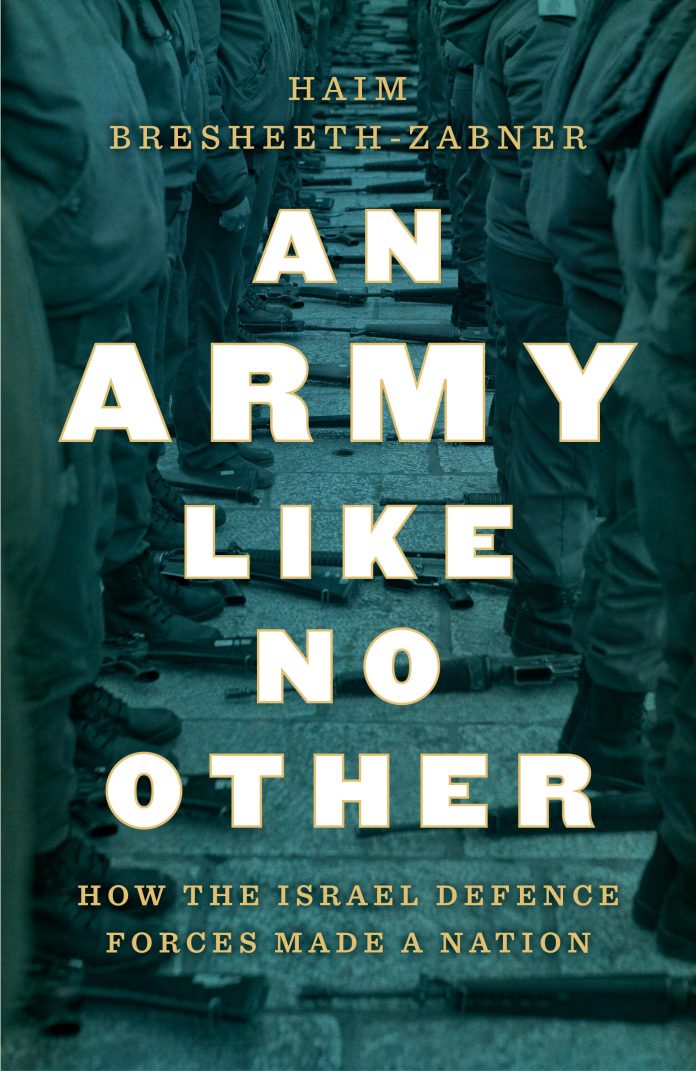 Join IHRC for an author evening with Haim Bresheeth-Zabner for his latest book An Army Like No Other: How the Israel Defense Force Made a Nation.

Order your hardback copy of An Army Like No Other: How the Israel Defense Force Made a Nation from the IHRC Bookshop!

The Israeli army, officially named the Israel Defence Forces (IDF), was established in 1948 by David Ben-Gurion, Israel’s first prime minister, who believed that “the whole nation is the army.” In his mind, the IDF was to be an army like no other. It was the instrument that might transform a diverse population into a new people. Since the foundation of Israel, therefore, the IDF has been the largest, richest and most influential institution in Israel’s Jewish society and is the nursery of its social, economic and political ruling class.

In this fascinating history, Bresheeth-Zabner charts the evolution of the IDF from the Nakba to wars in Egypt, Lebanon, Iraq and the continued assaults upon Gaza, and shows that the state of Israel has been formed out of its wars. He also gives an account of his own experiences as a young conscript during the 1967 war. He argues that the army is embedded in all aspects of daily life and identity. And that we should not merely see it as a fighting force enjoying an international reputation, but as the central ideological, political and financial institution of Israeli society. As a consequence, we have to reconsider our assumptions on what any kind of peace might look like.

Professor Haim is a teacher at the School of Oriental and African Studies (SOAS) in London. An ex-Israeli Jew and ardent anti-Zionist, his most recent book is titled “An army like no other: How the Israeli defence force made a nation”.