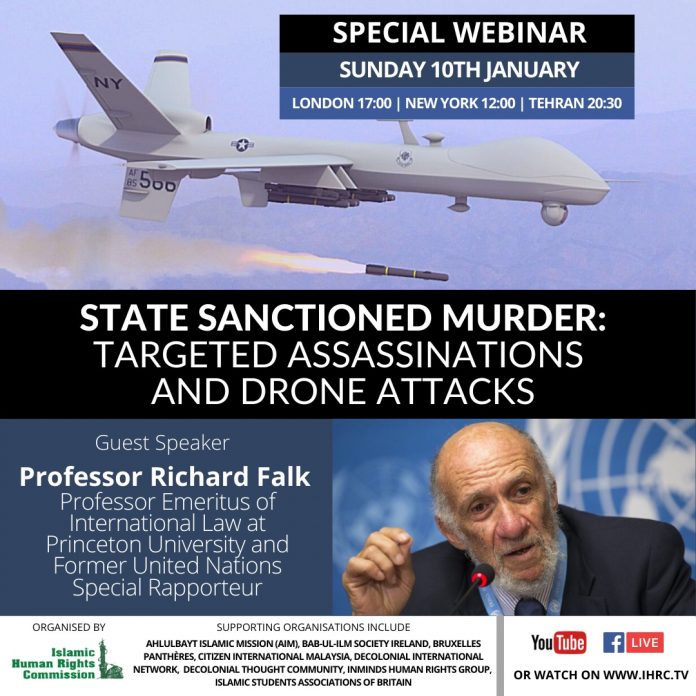 The US and her allies have a long history of carrying out targeted state sanctioned murder of individuals around the world.  Recently we have seen the assassination of high profile government officials and scientists.Under the guise of fighting terrorism, the past 15 years has seen an unprecedented rise in the use of drones by the USA, whereby countless civilian lives have been lost.  This loss of life has been normalised as collateral in war but there is another dangerous environment being created where illegal extrajudicial killings of senior members of various governments in locations and nations that the USA is not at war with, being normalised as a modus operandi for the USA.

Professor Richard Falk is a professor emeritus of international law at Princeton University and former United Nations’ Special Rapporteur on “the situation of human rights in the Palestinian territories occupied since 1967.