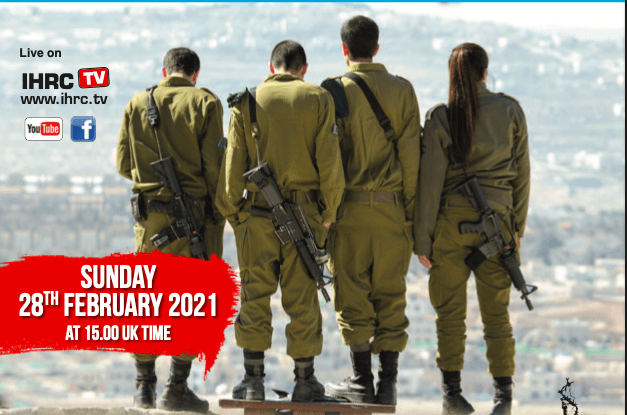 Many British Jews do a gap-year visit to Israel, hosted by the Masa programme. Some join Marva, an IDF programme which includes weapons training, exercises and education. Some even serve in the IDF, carrying weapons in the killing fields of the West Bank. One such British citizen was involved in killing a Palestinian youth last month.Such actions warrant prosecution under UK law, such as its anti-terror laws, which apply to terrorist acts anywhere in the world. But of course such laws have been designed and used instead to protect terrorist states allied with the UK.Britons’ roles in the IDF today have analogies with the several thousand Jews who served as overseas volunteers (Mahal) in Zionist forces during the 1948 war. They contributed to the widespread ethnic cleansing.What can be done in Britain to stop today’s Mahal?