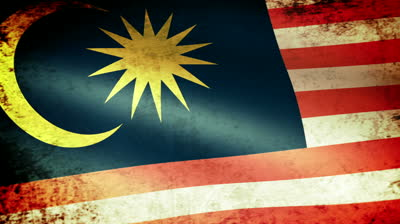 Malaysia is a multi-ethnic, multi-religious and multi-cultural country with a good record of race relations unlike many developed countries where racism and Islamophobia are prevalent. However, in the last few years, the Shia Muslims in Malaysia and Indonesia, who have been living in harmony with their Sunni brothers and sisters for centuries, have come under persecution from certain state authorities responsible for Islamic affairs.

Officials from the Islamic religious affairs department have raided meetings to commemorate the martyrdom of Imam Hussain, the grandson of Prophet Muhammad, and arrested those participating.  The actions of these officials go directly against Islamic tradition.

In the last few months the media, print and electronic, has been carrying out negative reports about Shias. They are accused of plotting with Jews, regarding Sunni Muslims as dogs, practising deception, and other highly inflammatory allegations inciting hatred against them

The demonization of Shias and their persecution is driven by political interests and has been criticised by many Sunnis including intellectuals, Islamic scholars, Muslim NGOs and even some government leaders.

Strangely, the Shias are considered a national security threat and the state governments have declared the Jaffari school of Islamic Jurisprudence as deviant. Declaring Shias as deviants goes against the fatwas issued by 24 of the most senior religious scholars (who included the              Shaykh Al-Azhar, Ayatollah Sistani and Sheikh Yusuf Al-Qaradawi) which declares:

The opinions of the scholars, the largest consensus of scholars in Islamic history, were incorporated in the Amman Message which has been endorsed by over 500 Islamic scholars, Islamic world’s leading judicial body the International Islamic Fiqh Academy, and heads of state. Malaysia’s former Prime Minister Abdullah Ahmad Badawi has also endorsed it.

We appeal to the Malaysian government to curb the activities of the anti-Shia groups and to implement the recommendations of the the International Islamic Fiqh Academy which include casting aside disagreements between Muslims, mutual respect for each other, strengthening the ties of brotherhood, and not to permit discord and outside interference. It also advocates teaching the fiqh pertaining to Islamic unity in schools and universities, and preventing the printing, distribution and circulation of publications that deepen division in the Ummah.