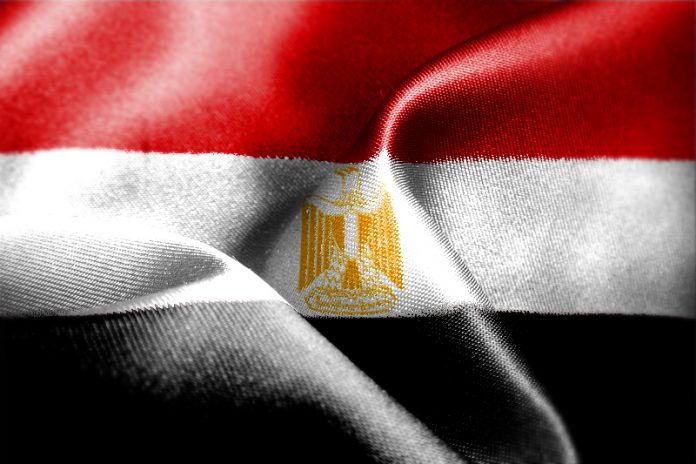 Concerns over the military coup d’etat in Egypt of 3 July 2013 and the subsequent massacre of political demonstrators at two protest sites in Cairo on 14 August 2013.

This submission outlines political developments that have taken place in Egypt since the ousting of its first democratically elected leader, Mohammed Morsi, in a military coup in July 2013, which have practically destroyed any possibility that the country can continue down the road of political reform ushered in by the arrival of the Arab Spring in the country in 2011. Despite promising early signs from the country’s military leadership that it would relinquish power to a civilian government after six decades of authoritarian rule, Egypt has slid back into military rule that is once again characterised by routine abuses of human and civil rights. Both in the process of and since returning to power in July 2013 the armed forces have, through their proxies in an army-installed interim government, abolished the free press, arrested, detained and tortured political opponents, crushed political dissent and sought to legitimise the restoration of military rule through the legal and political process.

1. The deposition by the armed forces of Egypt of Mohammed Morsi as president in July 2013 has no basis in domestic or international law and must be condemned for what it is – a military coup. In line with Article 21 of the Universal Declaration of Human Rights, any change of leadership in Egypt must conform to a lawful democratic process that recognises the expression of the collective will of its citizens.

2. The military-installed government of Egypt should not be granted international recognition and the international community must direct all its efforts towards the goal of restoring representative civilian government.

3. IHRC condemns the suspension of the 2012 Egyptian constitution by the army in July 2013. The constitution, the first ever in Egypt to be drawn up by an elected civilian government, was brought into force by the will of the people through a referendum.

4. IHRC believes there is no basis in law for the recognition of the new constitution brought into force via a referendum in January 2014. Like the regime which presided over its drafting, the constitution is illegitimate. IHRC further notes that the referendum was a one-sided affair in which campaigners for a no-vote were arrested, intimated, and harassed. Against the background of mass arrests of opposition figures in Egypt the referendum cannot be said to have taken place in conditions that were free and fair.

5. IHRC calls for all individuals currently detained for engaging in legitimate peaceful political activity to be released immediately and allowed to operate freely without fear of intimidation, harassment or abuse. According to Wiki Thawra, a website dedicated to documenting the Egyptian revolution, between the period of the overthrow of the democratically elected government on 3 July and 13 January 2014 some 16,387 people were detained for political offences. It has become impossible to provide accurate figures for those arrested in Egypt because many hundreds or people are arrested and jailed daily.

6. IHRC condemns the Egyptian military’s crackdown on the Muslim Brotherhood which had, in the same period (3 July – 13 January 2014), led to the arrests of 2590 leading members of the organisation. IHRC further notes with concern the continuing detention of opposition and civil society activists. IHRC calls for the immediate unconditional release of political prisoners and the cessation of all prosecutions directed against them.

7. IHRC is gravely concerned by the criminal justice system in Egypt, in particular the large number of reports of frequent use of cruel, inhuman or degrading treatment and even torture, especially by members of the country’s Interior Ministry. IHRC also notes the lack of accountability of state officials under the current administration and the lack of independence of the Egyptian judiciary which makes fair trials impossible.

8. IHRC condemns the designation by the military-backed interim government of Egypt on 25th December 2013 of the Muslim Brotherhood as a terrorist organisation. IHRC believes the move is aimed at banishing from political life the country’s largest opposition group. The ban represents a clear violation of the principle of freedom of association enshrined in many international statutes.

9. In particular IHRC condemns the detention and ongoing prosecution of Mohammed Morsi and co-defendants, who include the top-ranking members of the Muslim Bortherhood on charges of “incitement to violence” and “conspiracy to commit terrorism”. IHRC believes the prosecutions are political and serve the intended purpose of removing Egypt’s largest political organisation from the political scene.

10. IHRC notes the violent dispersal on 14th August 2013 by Egyptian security forces of two protest camps at al-Nahda Square and Rabaa al-Adawiya Mosque. According to the Muslim Brotherhood some 2600 protestors were killed in Rabaa al-Adawiya alone. Reports received by IHRC from eye witnesses suggest the figure could be twice as much. Eye witness reports and TV footage document the use of excessive force and live rounds by security forces against the largely unarmed protestors.

11. IHRC calls for an immediate independent public inquiry into the 14th August 2013 massacres to establish the truth of what happened.

12. IHRC considers the massacres of 14th August to be crimes against humanity and calls for the crimes to be referred by the UN Security Council to the International Criminal Court for investigation and the perpetrators to be brought to justice.

13. IHRC also believes that the massacres of 14th August 2013 are part of a deliberate campaign by the Egyptian military to curb freedom of assembly and intimidate citizens against participating in anti-government protests and other political activities.

14. IHRC remains concerned about Law 107 of 2013 on the Right to Public Meetings, Processions and Peaceful Demonstrations, enacted on 24 November 2013. The law requires would-be protesters to seek seven separate permissions to take to the streets, and outlaws overnight sit-ins such as those of early 2011. IHRC believes the law renders legal demonstrations almost impossible.

15. IHRC notes the targeting of the free press in Egypt by the military regime and the climate of fear in which journalists must operate. In particular IHRC is concerned by the effective ban on all Islamist media and the arrests, intimidation and torture of journalists who are deemed to be critical of the military-led government and its policies.

16. IHRC calls on Egypt to immediately free all journalists currently in detention and to uphold its commitments under international law to allow the media to operate freely without undue interference from the state.