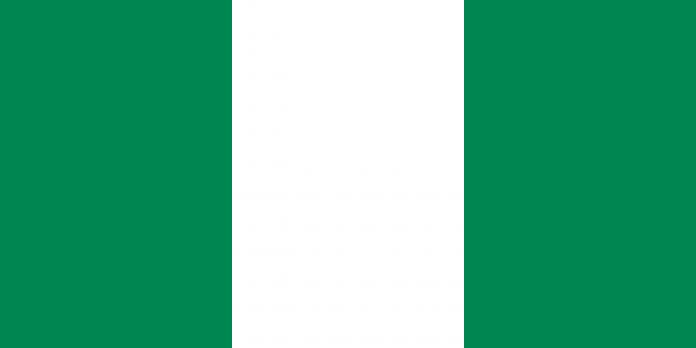 1. This submission concerns the status and treatment of supporters and leaders of the Nigerian Islamic Movement by the government of Nigeria since the last UPR in 2013.

2. In the 2013 report of the Working Group on the Universal Periodic Review 2013, the Human Rights Council of the General Aseembly made inter alia the following recommendations:

135.48. Ensure that training of all military and security personnel does include a human rights component and that respect and protection of human rights during service is ensured and monitored (Germany);

135.66. Continue with the efforts aimed at tackling discrimination and religious intolerance (Argentina);

135.67. Continue putting in place measures to prevent and eliminate racism as well as religious intolerance and hatred (Botswana);

135.68. Take all necessary measures to put an end to extrajudicial killings, investigate all reported cases, and ensure that all suspected perpetrators are brought to justice (Sweden);

135.69. Continue the development and implementation of measures aimed at reducing human rights violations by the security forces in particular extrajudicial executions, arbitrary detention and torture, as well as making the mechanisms of tackling impunity more effective (Switzerland);

135.70. Investigate all reports of extrajudicial killings in an independent and transparent manner and commit to bring to justice members of the security forces found to have been involved in such violations (United Kingdom of Great Britain and Northern Ireland);

135.74. Ensure that future measures addressing torture and ill-treatment of detainees, including rehabilitation of victims and a revision of the mental health law are in full compliance with international standards (Sweden);

135.75. Strengthen the human rights training of state security forces and prevent the use of excessive force against civilians (Czech Republic);

135.120. Address urgently the issue of impunity by strengthening the rule of law, including through a review of the judicial system (Germany);

135.122. Protect and promote the right of Nigerians to practice their religious faith or beliefs, including by enhancing the dialogue between different faith communities to address interreligious tensions – particularly those in the Middle Belt States – and to combat all forms of extremism (Canada);

3. It is our contention that all of these recommendations have been wilfully ignored or paid lip service to by the Nigerian government in the period since the last review.

4. The information analysed in the present communication relates to different crimes committed by the Nigerian army against the Islamic Movement of Nigeria (IMN) particularly in the period between July 2014 and December 2015 and the continued persecution of the movement and its followers in the period since.

5. The IMN is a broad-based mass organisation based in Zaria, the major city of Kaduna state, founded in the late 1970s as a student movement. Since its establishment, it has grown into a social and religious movement with supporters and members of all ages and from all religious affiliations. Today estimates say the IMN enjoys the support of between 10-15 million people across Nigeria, from both Sunni and Shia Islamic schools of thought as well as some Christians. Most spiritual activities are conducted in the Hussainiyyah in Zaria.

6. The IMN has at several times been the object of indiscriminate attacks by both Boko Haram and the Nigerian army, especially during their annual Al-Quds Day processions. The Nigerian security outfits have regularly perpetrated bloody attacks, especially the clampdown on members of the IMN and destruction of IMN headquarters in Sokoto in July 2007, in Zaria in 2009, 2014 and 2015. Attacks in north western Nigeria in 2009 were led by government officials. The present communication aims at reporting the violations of human rights standards that

7. On 25 July 2014 Nigerian soldiers attacked the annual al-Quds Day procession in support of Palestine in Zaria, a city in Kaduna State in northern Nigeria. The following day, soldiers drove to the Husainiyyah Baqiyyatullah and opened fire on supporters of the Islamic Movement within the precincts of the main building. The two attacks killed 34 people including three children of the prominent scholar and head of the Islamic Movement, Sheikh Ibrahim El-Zakzaky.

8. Islamic Human Rights Commission (IHRC) sent a fact-finding mission to Zaria on 30 July 2014. The findings of the subsequent report (https://ihrc.org.uk/publications/reports/11219-nigeria-report-the-zaria-massacres-and-the-role-of-the-military) include video footage of Nigerian soldiers firing on unarmed civilians located at the tail end of the procession in Zaria on 25 July. Thirty-two people died. Bystanders were among those killed in the violence. Over 100 people were injured. There is evidence that many of those arrested died in military custody. Reports indicate that some were taken into detention alive and well and later emerged dead with their bodies bearing signs of being beaten. Others who were injured were detained for hours and brutalised before being allowed to seek medical treatment.

9. The incidents in Zaria are not the first time that the Nigerian Army has acted in this manner. In August 2014 Amnesty International reported the extra judicial killings of alleged members of Boko Haram by the Nigerian Army. These killings involved them slitting peoples’ throats whilst filming and photographing the atrocities.

10. The Nigerian army carried out massive attacks over the course of the 12-14 December 2015 targeting the Islamic Movement of Nigeria in Zaria. The operation resulted in the deaths of at least 1000 unarmed civilians, mostly IMN members, killed by gunshots attributed to soldiers. Hundreds more were injured.

11. On 21 March 2016, IHRC asked the International Criminal Court prosecutor to open a preliminary examination into the incidents that occurred between 12-14 December 2015 in Zaria, Kaduna State, on the basis that they constitute crimes against humanity. IHRC submitted a report to the prosecutor highlighting the massive acts of violence that had been carried out. The majority of deaths were caused by gunshots fired by soldiers. Cases of people being burnt alive have also emerged. Injuries caused by machetes or other knife wounds have also been found on corpses, and could be the work of the criminal groups that perpetrated acts of looting and mutilation alongside the military. Signs of torture and electrocution have been evidenced on the body of the IMN leader Sheikh Zakzaky and other detainees, two of whom died as a result thereof. There were reports that the military blocked access to medical care for the injured and shot at and killed wounded persons. Witnesses and victims reported signs of widespread force and cruelty with allegations of looting, arson, mutilation, mass graves, torture, rape and other inhumane acts levelled at the Nigerian army. The report also contained evidence suggesting an official plan by Nigerian government officials to cover up these crimes and indeed perpetuate the same.

12. IHRC’s report to the ICC also highlights the confessional nature of the attacks. Eyewitnesses have reported that during December’s violence soldiers were seen celebrating and chanting slogans against the IMN, such as ‘we have finished with the Shia and Zakzaky’ and ‘no more Shias in Nigeria’. Although the IMN has support among Nigeria’s Sunnis and Shias it is often portrayed by its detractors as a Shia organisation. During the violence soldiers used automatic weapons, explosives and armoured vehicles against unarmed civilians. This, along with the destruction of places of worship, graves and other buildings associated with the IMN, appears to support the contention that the attack was aimed at fatally damaging or eliminating the IMN.

13. Although the state government in Kaduna set up a Judicial Commission of Inquiry it was insufficiently independent and impartial to be able to hold those responsible to account, nor is there any reasonable prospect of any prosecutions (http://www.icla.up.ac.za/images/un/commissionsofinquiries/files/Nigeria%20(2015)%20Kaduna%20Commission%20Report.pdf). The report held neither the federal government nor the army leadership responsible for the massacre, instead blaming it on a ‘rogue’ general. This effectively let the government off the hook. The inquiry also found that the military employed disproportionate force to quell what it called “civil unrest”. This seemed like an attempt to find a scapegoat, a rogue operator, for what was essentially a pre-planned massacre.

14. Since his detention during the army attack of December 2015, the leader of the Islamic Movement of Nigeria, Sheikh Ibrahim el-Zakzaky together with his wife Zeenah, has been held without charge by the Nigerian security services. Most of the time this has been incommunicado with limited visits from family members and legal counsel. The pair remain in detention in defiance of a federal court order on 2 December 2016 ordering their release by January 16, 2017. The federal court had ruled the detentions unconstitutional and illegal. Despite many appeals for Sheikh Zakzaky to be allowed to travel abroad for urgent medical attention including for injuries sustained in the army attack in December 2015 the Nigerian authorities have failed to allow him to access treatment. Sheikh Zakzaky has already lost the use of an arm and one of his eyes and in January 2018 he suffered a suspected stroke.

15. Instead of helping the victims of the 2015 attack find justice, Nigerian authorities have engaged in a campaign of persecution against the movement. In demonstrations by the IMN many peaceful participant have been shot dead or wounded by live ammunition fired by the security forces. Lawful demonstrations have been forcibly broken up by the authorities. On October 7, 2016 the Kaduna state government officially proscribed the IMN rendering it an illegal organisation and making membership of it a criminal offence.

16. No public official has been prosecuted for the 2015 massacre. This is despite the The Kaduna Judicial Commission of Inquiry report finding that the Nigerian Army had engaged in a “disproportionate use of force contrary to the Army‟s own Rules of Engagement and the International Standard of Proportionality”.” It also found that the “high number of casualties cannot be justified”. Also, according to the same report, the Kaduna State government was responsible for the mass burial of 347 bodies. Again no officials have been prosecuted for that action.

17. Take steps to uphold the paramountcy of the law and ensure its effective enforcement, particularly against its own executive. The continued detention of Sheikh Zakzaky and his wife againt the orders of a federal court demonstrate that the country’s armed forces are acting above the law and enjoying some kind of legal immunity.

18. Properly investigate according to accepted international legal standards the role of military and civilian officials in the massacres of July 2014 and December 2015 with a view to prosecuting those responsible for committing crimes of violence against innocent civilians and covering up the crimes by burying the victims in mass graves.

19. Ensure that religious or political groups such as the IMN can exercise their right to freedom of assembly and association without impediment and without the fear of persecution by civilian or military officials.

20. End its persecution of the Islamic Movement of Nigeria and ensure that its leaders and followers enjoy the freedoms and rights that are guaranteed them under domestic and international law.