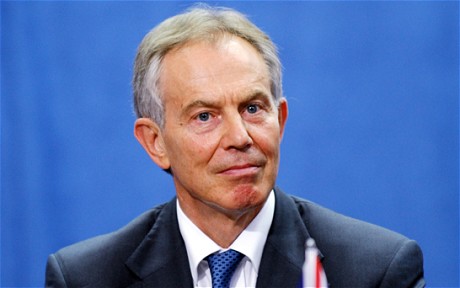 Excerpts of a speech to be made later today by the former British Prime Minister Tony Blair betray a disturbing confusion of western interests with those of the Zionist state.

In the speech, Blair, reiterates his support for the military coup in Egypt last summer which toppled the country’s first ever democratically elected government led by the Muslim Brotherhood and criticises the international community for not intervening more forcefully against the Assad regime in Syria.

Identifying ‘Islamic extremism’ as the paramount threat to global security, Blair urges the West, Russia and China to set aside their differences over Ukraine in order to combat it. Blair will reportedly say that the threat posed by radical Islam is “spreading across the world” and undermining peaceful co-existence in the era of globalisation.

IHRC rejects Blair’s assumption that Islamic extremism born of a radical view that “distorts and warps Islam’s true message” lies at the heart of global instability. Instead of blaming the victim Blair would be better advised to address the elephant in the living room – western policies in the Muslim world – which continue to support the subjugation of the aspirations of hundreds of millions by autocratic regimes. Britain and the west continue to support the most repressive governments in the Middle East including Saudi Arabia and Bahrain.

IHRC believes that the long term interests of the west would be better served by supporting freedom, political reform and empowerment of local peoples to decide and legislate their own future.

It is also revealing that at the same time as supporting military dictatorship in Egypt, Blair favours more direct western military intervention in Syria where some of the rebels fighting to overthrow the Assad government are off the scale on any measure of religious extremism.

IHRC believes that the contradiction exposes Blair’s – and the West’s – real motives which are to neutralise any potential opposition or threat to the state of Israel. Both the Egyptian Muslim Brotherhood and Syria’s government are implacably opposed to the Zionist state.

IHRC finds it difficult to take Blair seriously anymore even though he continues to occupy the role of official envoy of the Quartet on the Middle East. It must not be forgotten that in 2003 Blair led Britain into the war against Iraq on the basis of a lie about Saddam Hussein possessing weapons of mass destruction. Western intervention has brought nothing but misery to the Iraqi people, raising to the surface the country’s deep ethnic, tribal, and sectarian divisions and plunging it into unending violence that has cost tens of thousands of lives.