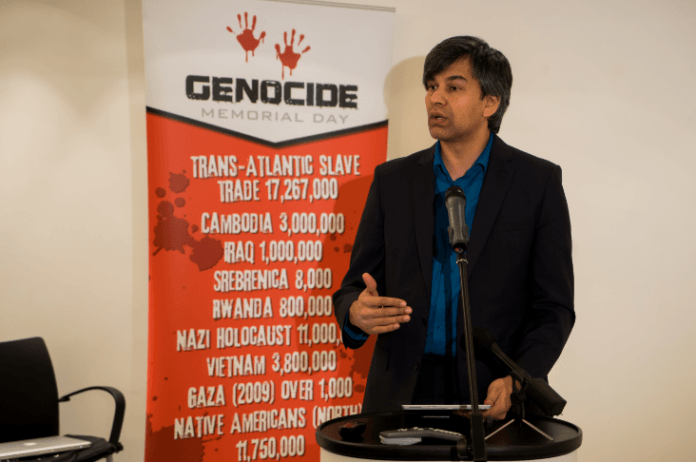 Nine years ago, IHRC decided it was imperative to set aside a day to remember the genocides, genocidal acts and genocidal policies of the modern era. Coinciding with the anniversary of the end of the brutal Israeli Operation Cast Lead in Gaza, Genocide Memorial Day was born.

GMD rejects the notion that there is a hierarchy of victims depending on their background. It seeks to hold people accountable by highlighting individual people and power structures responsible for perpetrating genocidal acts and by remembering the victims.

The theme of Genocide Memorial Day 2018 is ‘Failures of International Institutions in preventing genocide: Myanmar’s Rohingya and Bosnian genocides.’ There is a grave situation facing the Rohingya and genocide is undoubtedly taking place in Myanmar’s Rakhine state. The United Nations has ‘expressed deep concerns’ and the level of violence increases day by day.

The event will see presentations from a number of noted speakers before the audience has a chance to ask questions and engage in discussion. Topics will include the difference between ethnic cleansing and genocide; the way the international community has been silent in the face of the Rohingya crisis; the lessons that have been learned from the Bosnian genocide and the failure of international institutions in preventing genocide.

• If you want to bring a fixed camera please let the Press Office know in advance.