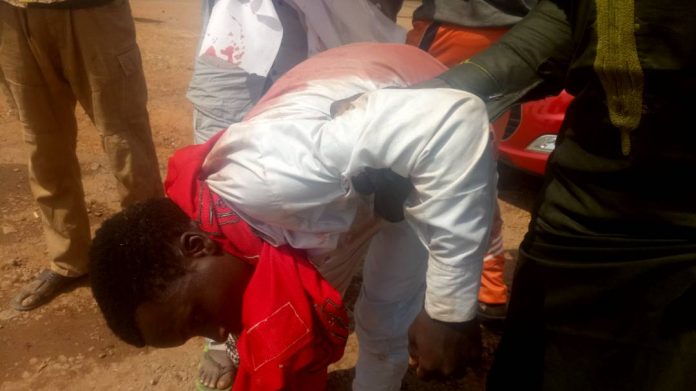 There are reports of a fatality and many injuries at a demonstration in Abuja after police opened fire for the second day in succession at protestors marching to demand the release of the detained leader of the Islamic Movement of Nigeria.

Photographs from the scene show protestors carrying away the bloodied bodies of the victims.

Today’s police violence comes after at least two people were injured yesterday and tens more arrested as they took part in another peaceful demonstration in support of Sheikh Zakzaky.

The demonstrations have been called to demand the urgent release of Sheikh Zakzaky after he suffered a stroke at the weekend. The sheikh’s supporters are demanding he be freed and allowed to fly abroad to receive medical treatment.

IHRC wrote to President Buhari yesterday 9 January asking him to release the Sheikh so that he could access medical treatment.

The Islamic Movement of Nigeria, led by Sheikh Ibrahim el-Zakzaky, has been the subject of a government witch-hunt since at least 2014 with its supporters coming under repeated attack. The worst of these was a savage assault on the group in Zaria in December 2015 in which at least 1000 people, including three of Zakzaky’s sons, were killed and many properties and religious spaces belonging to the IMN and its followers destroyed.