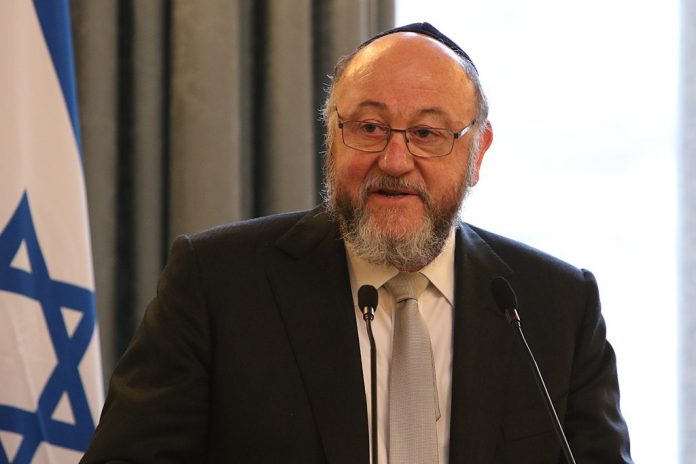 IHRC views with astonishment today’s call by one of Britain’s most influential rabbis for Jews to effectively abandon the Labour Party in next month’s upcoming general election on account of the alleged scale of anti-Semitism within the party.

In condemning Labour as trenchantly as he has and effectively saying the party isn’t fit to form the next government, Ephraim Mirvis has all but in name endorsed Jeremy Corbyn’s rivals, foremost among whom is the incumbent prime minister Boris Johnson,

In fact, so forceful is his intervention that we read it as a call to the community to do everything in its power to prevent Labour coming to power.

While we acknowledge the disturbing rise of all kinds of racism in Britain, including Islamophobia and anti-Semitism in Britain, we also believe that all minorities have a duty to stand and fight this growing menace together and not allow any single community to be put at risk with their political stance.

Rabbi Mirvis’ intervention against just one party leader effectively exonerates Johnson for a litany of racist abuses against Muslims and people of colour. Johnson infamously referred to Muslim women wearing the burkah as resembling bank robbers and “letter boxes”, a remark for which he was referred to the Equalities Commission, and referred to black people as “piccaninnies” with “watermelon smiles”.

No less a figure than the former chair of the Conservative Party, Baroness Warsi, has condemned the rampant Islamophobia in her party, accusing it of failing to tackle racism at every level.

The Rabbi’s omission, which is deliberate, is further proof that the issue of anti-Semitism has been weaponised by supporters of Israel in order to damage Labour’s electoral prospects. The intervention is not even about protecting Jews in Britain from racism, it is all to do with protecting the position of the rogue Zionist state and opposing Labour’s commitment to recognising Palestinian statehood.

IHRC chair Massoud Shadjareh said: “It is disappointing that a spiritual leader with a duty to provide moral guidance should be so selective in imparting advice. In ignoring the runaway racism and Islamophobia in the Conservative Party, which is the only real alternative to Labour, Rabbi Mirvis has effectively thrown all minority communities of colour and faith under the proverbial bus.”