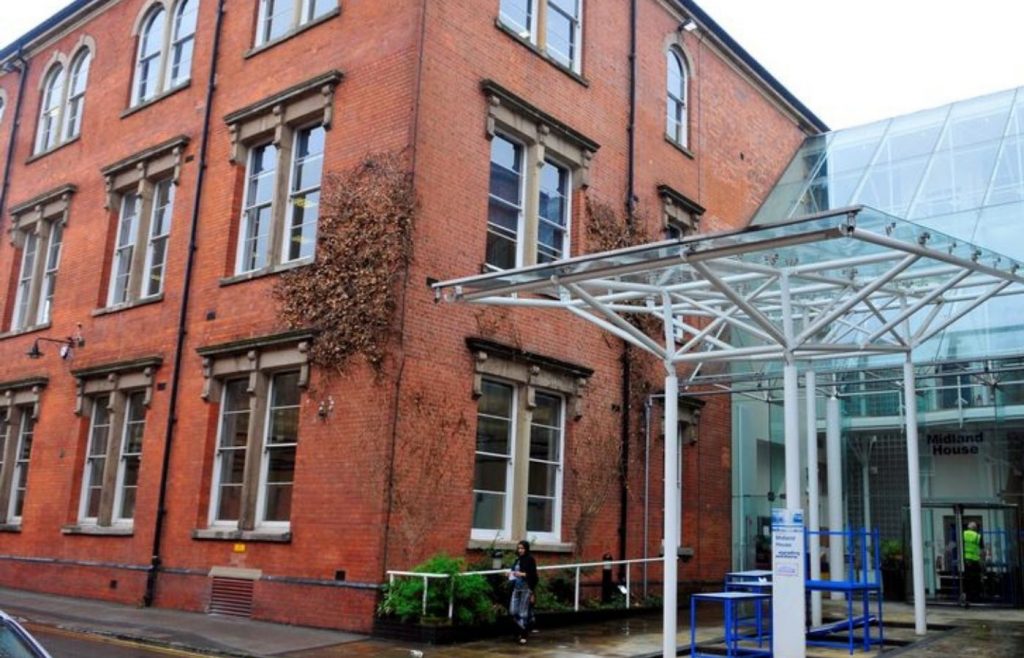 Watchdog Ofsted condemned the running of the Al-Madinah school in Derby, which has already been threatened with closure by the Government.

The school has faced claims it discriminated against women, made staff cover their hair even if they are not Muslim and split up boys and girls in the classroom.

Ofsted’s report declared its governing body was ineffective and had failed to appreciate how poor pupils’ experiences are.

“The basic systems and processes a school needs to operate well are not in place. The school is in chaos and reliant on the goodwill of an interim principal to prevent it totally collapsing,” it said.

It continued: “Accounting systems are not in place to ensure public money is properly spent and governors have failed to ensure an acceptable standard of education is provided by the school.

“Despite their commitment to the vision for the school, the governors have failed the parents of this community who have placed their trust in them.”

Inspectors found the school had been set up and run by members of the community who have “limited knowledge and experience”, with teachers who lacked the proper skills.

“Staff have been appointed to key roles for which they do not have qualifications and experience,” they said.

In many lessons, pupils were given the same work to do regardless of ability and they did not achieve enough because staff expectations were too low, the report said.

Schools minister David Laws insisted in the Commons that the Government had taken “swift action” to deal with its failings.

No school would be allowed to “languish in failure”, he said, as he answered an urgent question tabled by his Labour shadow Tristram Hunt.

Mr Laws said: “The Ofsted report confirms we are taking the right actions. We are not prepared to let a school fail its parents, its children and its community. We said we would take swift action in these cases and that is exactly what we are doing.”

But Mr Hunt claimed Education Secretary Michael Gove’s free schools agenda had become a “dangerous free-for-all” and was “out of control”.

Calling the report a “devastating blow”, he said: “Pupils have been failed on every possible measure and parents will want to know why the Education Secretary has allowed this to happen.”

David Cameron countered: “Let’s not use this as a stick with which to beat the whole free school movement.

“There are now hundreds of schools in our country that are set up as free schools and on average they have more outstanding ratings and more good ratings than established schools.

“So they are good things but when it goes wrong – just as when a state school goes wrong – you’ve got to get in there, sort it out or close it down.”

As the Ofsted report was published, the Department for Education (DfE) released a letter sent to Al-Madinah’s chair of governors Shazia Parveen.

Lord Nash told her the watchdog’s findings had confirmed the “very serious concerns” he raised in his letter to the school last week.

“The report is further compelling evidence of the breaches of the funding agreement I have required you to address,” he wrote.

“Contrary to your suggestion that I have acted prematurely, I am even more convinced of the need for very decisive and urgent action on the part of the Trust to comply with all your obligations and remedy the serious failings at the school.”

On its website it describes “a strong Muslim ethos” with shorter holidays and longer school days “to maximise opportunities for pupil achievement and success”.

Interim principal Stuart Wilson, who has been in place since the start of this term, said the school “fully accepts” Ofsted’s findings.

He insisted his staff were doing “an exceptional job in difficult circumstances” but accepted there were not enough of them.

“Our students haven’t yet this year had a settled time where they’ve actually come to school and worked normally because of the special circumstances the school finds itself in,” he said.

“There are good things in the school but we need to focus on the teaching and learning and make sure that we improve those as quickly as possible.”

Mr Wilson also pointed out that Ofsted had not raised concerns about girls and boys being treated differently, which he suggested was distracting from the “real issues”.

“The situation remains the same, that is that boys sit at one side of the classroom and girls sit at another,” he said.

The Islamic Human Rights Commission also highlighted the lack of any substantiation from Osted about a “hijab policy” at the school.

It argued the emphasis on “ostensibly illiberal Islamic practices is proof of a continuing witchhunt against Islamic faith schools in general that has as its aim the discrediting of the whole Muslim school sector”.

The school has previously said it is seeking legal advice over the way it has been treated by the Government after ministers warned it faced closure.

Schools put into special measures are subjected to a series of inspections, and only given up to two days’ notice of visits, as their performance is monitored.

Senior managers and staff can be dismissed and the governors replaced by an executive committee, and the school could ultimately be closed if it does not improve.

Read the original article published in Yahoo! News on 17 October 2013