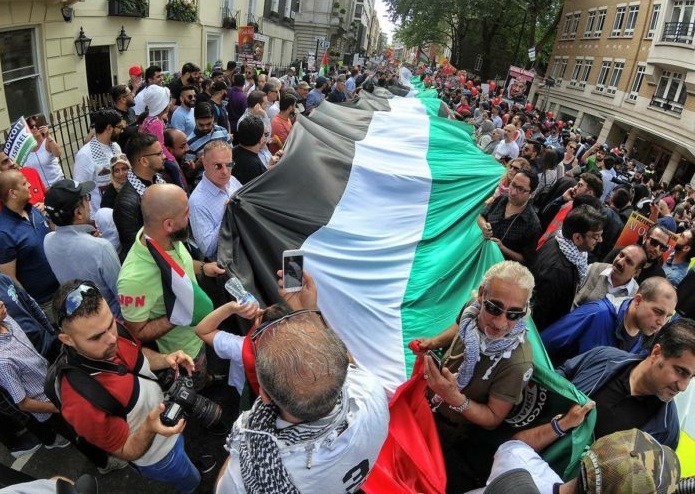 Join us for the annual demonstration in support of the oppressed people of Palestine, organised by the Justice for Palestine Committee.

Please read the Guidance and Security Advice for this year. This is updated from last year.

Do you want to arrange or find a coach coming from your city?