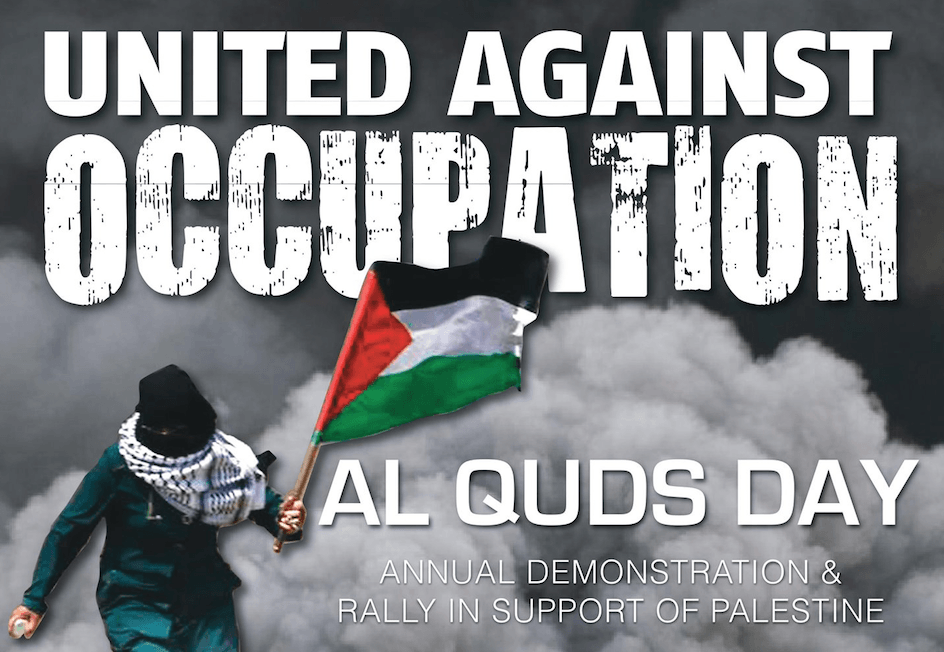 The annual al-Quds Day March is returning for Ramadan 1443 (2022). Each year millions of people around the World rally on Quds day to voice their support for the Palestinian cause and repeat their call for an end to the Zionist apartheid regime’s atrocities and occupation of Palestine.

This is a chance for people to unite around the World in order to combat the violent extremism of the Zionist ideology. The Zionist apartheid regime believes that it can get away with attacks that would be unacceptable in most other countries. They do not even stop during Ramadan, if anything they often escalate their attacks during this time. They underestimate us, our deen is our strength, Ramadan is a time for us to unite and remember those who are in need.

Why this is important now more than ever

This last year has seen an awakening in the mainstream, and the term apartheid is no longer just used by those activists who are campaigning for human rights but is accepted by many mainstream organisations, and the United Nations. We have at the same time seen Arab countries sell out to the Zionist apartheid regime in return for acceptance from the United States. We need to make clear that these governments do not represent us, and that the Muslim Ummah, nor the World, has not forgotten our Palestinian sisters and brothers, we shall not accept or normalise apartheid. Since last year we have seen the continued demolition of homes for illegal settlements, arresting of children leaving more than half of the children in Gaza with Post Traumatic Stress Disorder, assassination of political leaders and the terrorising of a civilian population without an army, navy or air force. This is even more relevant now, as British foreign secretary Priti Patel has just met with the Zionist Apartheid Regimes Interior Minister Ayelet Shaked, who has called for the killing of “all Palestinians”.

On Sunday 24th April / 23rd Ramadan, we shall be assembling outside the Home Office (2 Marsham St, London SW1P 4DF) at 3pm, before marching to Downing Street, where there shall be speeches by various guests. Make sure that you attend to show that we will not go away and we will not accept, or normalise apartheid.

and more to be confirmed 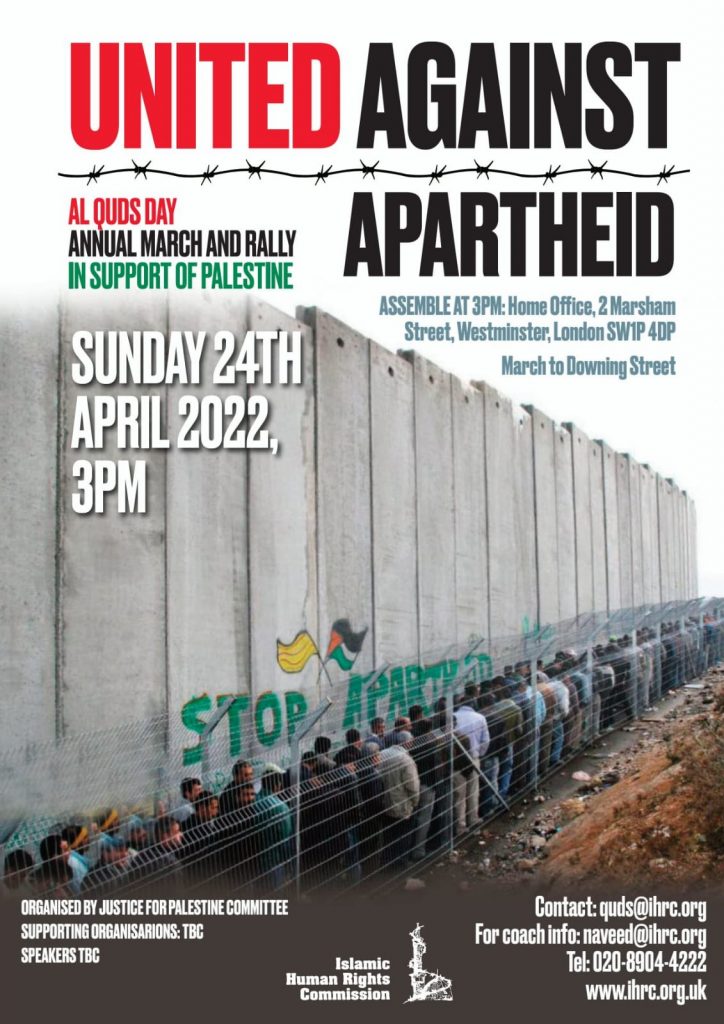