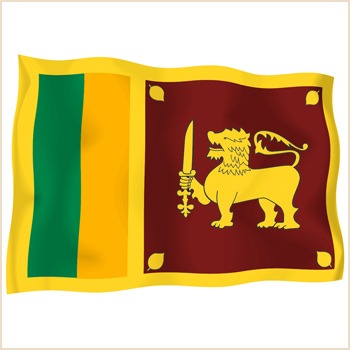 The authorities released her on 20 April 2010 on bail for 50,000 Rupees; however she is banned from travelling and her trial will start on 15 May 2010 written a book in Sinhalese insulting the Buddhist religion.

According to her sister Mariam, the police forcibly removed Perera’s headscarf and made a video which was played on all Sri Lankan television channels.

Perera, 38 years-old, is a Muslim convert who was born in a Buddhist family in Sri Lanka and has been living in Bahrain for many years. She was arrested before leaving Sri Lanka after a three months holiday.

She wrote the books titled “From Darkness to Light” and “Questions and Answers” following her conversion to Islam in 1999 where she described the story of converting from Buddhism to Islam. She was arrested on allegations that writing her book in Sinhalese is insulting to the Buddhist religion

One of the most senior Buddhists in Sri Lanka was asked by police to read her books and he confirmed that there were not a single word written in her book that was offensive to Buddha or to the Buddhist religion.

No arrest warrant was issued by the judiciary for her arrest (which is the normal procedure); rather she was detained by the Ministry of Defence using special emergency laws.

The Sri Lankan authorities eventually released her on 20 April 2010 on a bail of 50,000 Rupees; however she is banned from travelling.

Further, according to her sister Mariam, the police forcibly removed Perera’s headscarf and made a video of the incident, which was  played on all Sri Lankan television channels.

It was reported that her trial would start tomorrow on the 15th of May 2010 on allegations that writing her book in Sinhalese is insulting to the Buddhist religion which 70% of Sri Lanka’s population follow. Her arrest is a blatant act of discrimination against religious and ethnic minorities.

Trying Perera over her personal and religious beliefs is a grave violation of the right to freedom of expression and freedom of religion guaranteed under international law including the Universal Declaration of Human Rights and the International Covenant on Civil and Political Rights, Article 18: “No one shall be subject to coercion which would impair his freedom to have or to adopt a religion or belief of his choice”.

IHRC believes that the use of emergency laws against Ms. Perera, to curtail her religious freedoms, is a grave injustice and calls on the Sri Lankan authorities to immediately lift the travel ban and allow Ms, Perera to go back to her family in Baharin safely. It also calls on the Sri Lankan authorities to investigate and discipline the policemen responsible for removing Perera’s headscarf in violation of her freedom of religion and practice.