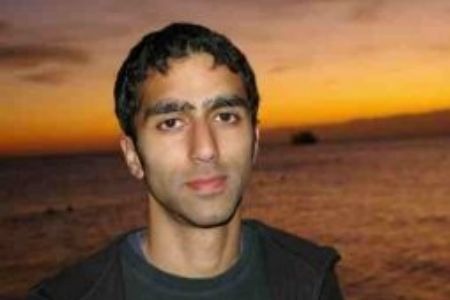 British journalist Hassan Ghani has been released after being detained illegally in an unknown Israeli jail for over a week. This came after he was reporting on an attempt by two aid ships to break the economic blockade on Gaza. He was arrested along with 26 other activists, some of whom were released earlier this week.

A British citizen and Press TV journalist, Hassan Ghani, has been released today from an Israeli prison after having been detained illegally on 4 November 2011. He was denied access to lawyers and any contact with his family until several days after his arrest. Hassan’s father had been in contact with the British Foreign Office, and members of Parliament in the UK concurrently released a statement of concern seeking Ghani’s immediate release by Israel.

Hassan had been reporting aboard the Canadian ship Tahrir, part of the ‘Waves of Freedom’ flotilla on its way to Gaza to deliver aid, when it was attacked by Israeli warships in international waters. Several activists were soon released; however, Hassan and 20 others remained in Israeli custody and were refusing to sign deportation papers stating they had entered Israel illegally. This would have exonerated Israel from committing an illegal act.

Today, Hassan stated that he was released with only the clothes on his back, his wallet and his passport. Electronic equipment worth thousands of dollars were confiscated and never returned to the detainees by Israel. Despite the setback, he believes morale amongst the activists is high and they will continue to attempt to deliver aid to Gaza. Such actions by the Israeli government may only serve to fuel their will.