ALERT: Urge your Foreign Minister to demand action from the Myanmar and Bangladesh government 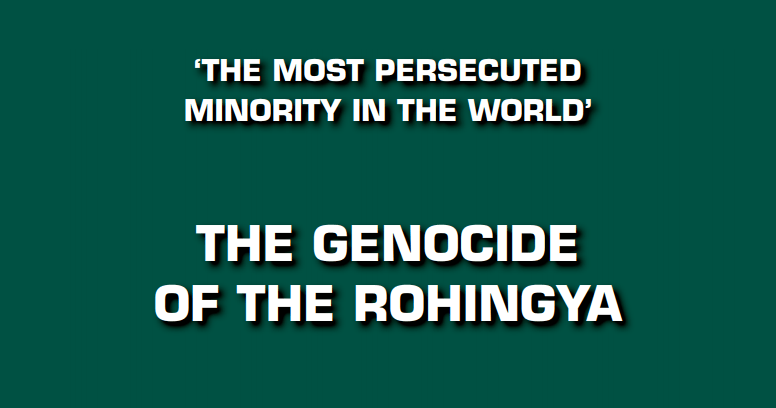 IHRC requests campaigners to write to the international community urging them to demand the Myanmar and Bangladesh governments cease harassment of refugees and internally displaced Rohingya.

According to the OCHA (United Nations Office for the Coordination of Humanitarian Affairs), as of March 2019, over 909,000 Rohingya refugees have gathered in Cox’s Bazaar in Bangladesh, which is now home to the world’s largest refugee camp. There they remain, refusing early repatriation for fear for their lives. IHRC conducted a field visit to Cox’s Bazaar and their accounts chime with evidence collected by other human rights organisations which detail widespread and unlawful killings as well as rape carried out by the Myanmar security forces, at times with the support of vigilante mobs in their execution of a scorched-earth campaign.

Last month, three separate judicial actions were undertaken against Myanmar. The charges are the same in each: genocide and other human rights abuses committed against the Rohingya minority in that country.

As expected, the Myanmar government has not accepted any of these proceedings and says that its own agencies will investigate any crime. However, no investigation has taken place since the crackdown on the Rohingya began three years ago and moreover there is overwhelming evidence that the government itself contributed to the planning and the execution of the genocide.

a) Write to the foreign ministers in your respective countries regarding the situation of Rohingyas urging them to take action. At the end of the alert, details are provided for campaigners in Australia, Brunei, Canada, India, Indonesia, Iran, Malaysia, South Africa, Sri Lanka, Turkey, UK and USA.

b) IHRC Trust is raising funds to help deliver critical aid to Rohingya refugees who have fled to Bangladesh and Malaysia. Please consider donating. The Rohingya desperately need your support: https://donations.ihrc.org/Rohingya-Appeal

Your address [if posting]

I am therefore requesting you to take action and put pressure on the governments of Myanmar and Bangladesh demanding an end to all the injustices taking place. I am also worried about the situation of the refugees in Bangladesh, where the living conditions are barely habitable and the reports of rape and abuse that have been taking place in these camps.

I urge you to seek assurances from your Myanmarese and Bangladeshi counterparts that they will put a stop to all the crimes being committed and that they will account for all deaths and abuses that have taken place. Further, please call on the Bangladeshi authorities to protect all the refugees residing in Cox’s Bazar, and to appropriately address the root cause of the refugee crisis.