Home
Act Now
Alert: Write to your Foreign Minister to put pressure on the Nigerian authorities 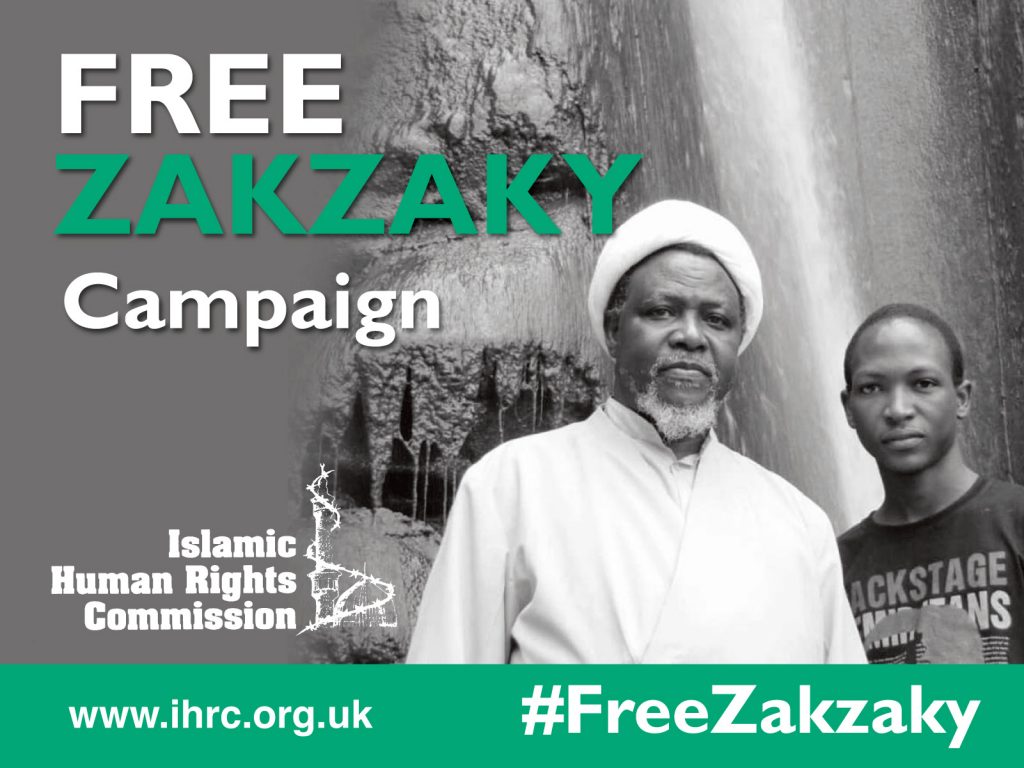 On 24th February, Sheikh Zakzaky and Mualima Zeenah had a court hearing in the Kaduna State Court which has been adjourned to 23-24 April. The Judge expressed his dissatisfaction at how the case is been handled. He said there was no way to deny medical attention to a defendant.

It has been four years now that the Sheikh and his wife have remained in illegal detention. The federal high court of Nigeria which is the highest court in Nigeria has ordered his release stating that his detention is unconstitutional and compensation must be paid. Thus making their continued detention both illegal and immoral.

Granting access to their doctors is not enough, we demand the Nigerian authorities release both the Sheikh and his wife immediately and pay the compensations.

The FreeZakzaky campaign demands the immediate release of Sheikh and Mallima and all those detained after the Zaria Massacre of 2015. For more information and further action alerts visit the campaign page.

IHRC requests all campaigners to write a letter to the Foreign Minister of their country to demand the Nigerian authorities release Sheikh and Mallima immediately and ensure the malicious prosecution of all the members of the Islamic Movement ceases immediately.

A model email / letter is also provided should you wish to use it and emails for key countries.  Please keep all correspondence polite.

I am writing to inform you about the continued illegal detention of Sheikh Ibraheem El-Zakzaky and Muallima Zeenah. It has been four years now that the Sheikh and his wife have been kept in illegal detention.

Their continued detention cannot be justified by any means and should this lead to their deaths, the Nigerian authorities will be held responsible for this complete travesty.

I demand the Nigerian authorities end this episode with the immediate and unconditional release of both the Sheikh and Muallima. I await your urgent confirmation that they will be released immediately.