An Audit of Human Rights 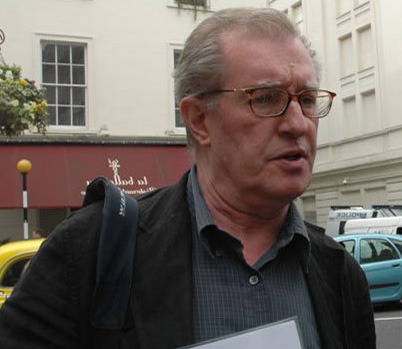 The panel of speakers making this audit are:

Massoud Shadjareh, from the Islamic Human Rights Commission; they have monitored the attacks on Muslim communities and nations and the resistance to oppression in the Arab Spring.

Ashfaq Ahmad, or another speaker from the Free Babar Ahmad campaign, as Babar’s extradition becomes more imminent the campaign is calling for his case to be tried in this country.

Frances Webber, a lawyer specialising in immigration and human rights, now writing and speaking on the issues for organisations including the Institute of Race Relations, the Haldane Society of Socialist Lawyers and local anti-racist and refugee support groups.

Harmit Atwal, of the Institute of Race Relations in London, has been monitoring racially motivated attacks on BME, migrant and refugee communities and deaths in police custody.

Sue Conlan, a founding member of Peace & Progress, specialises in immigration and asylum both as a lawyer and political advocate for 25 years.

Corin Redgrave, alongside many others founded Peace & Progress – A party for Human Rights in 2005. This action was taken in recognition that the post war political consensus on the universality of Human Rights had been broken.

‘Now, human rights require an advocate within the political arena. We need a party of human rights.’
Peace & Progress A Party for Human Rights, 2005

This meeting is an opportunity to explore several questions: What has the impact of the sustained attack, driven by the ‘war on terror’, been on fundamental human rights? How is it now affecting us all in the UK? And how can we meet the challenge to defend Human Rights?

We will be asking for a voluntary donation of £5 on the door to cover costs.