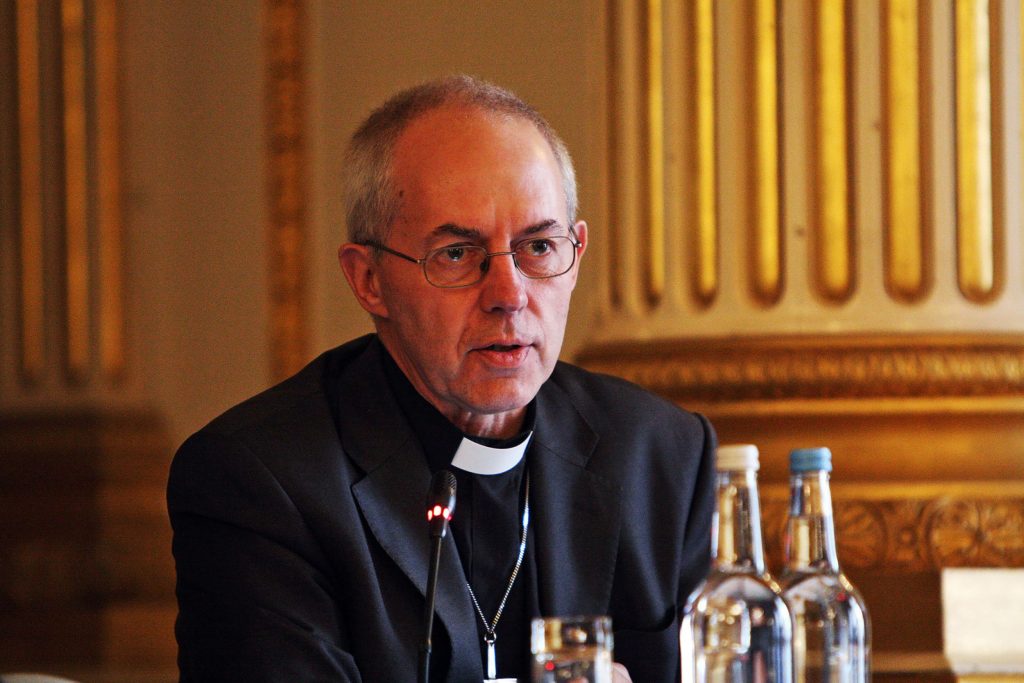 The unending open season against Islam in Britain has brought a lot of Muslim-haters out of their closets. The far right, political centrists, the liberal left, Zionists, self-hating and self-serving ‘Muslims’, all are among a disparate bunch who have found a common purpose in attacking the religion, its adherents and values.

One group however that has refused to travel with the prevailing wind is the Church of England. To date it has seen Islamophobia for what it is preferring instead to see Muslims as a fellow band of brothers engaged in a shared struggle against secularism. For their part Muslims have welcomed the protection that the support of a more influential faith group clearly brings.

Not anymore though. In his new book, Reimagining Britain, the Archbishop of Canterbury has questioned the compatibility of Islamic values with the Christian basis of life in Britain.

“The problem is reimagining Britain through values applied in action can only work where the narrative of the country is coherent and embracing,” writes Justin Welby.

“Sharia, which has a powerful and ancient cultural narrative of its own, deeply embedded in a system of faith and understanding of God, and thus especially powerful in forming identity, cannot become part of another narrative. Accepting it in part implies accepting its values around the nature of the human person, attitudes to outsiders, the revelation of God, and a basis for life in law, rather than grace, the formative word of Christian culture.”

The archbishop is referring in particular to the debate around introducing into law certain elements of Muslim inheritance and family law as applies for example in India under The Muslim Personal Law (Shariat) Application Act, 1937, which codified existing practice under the colonial regime.

Welby is only the latest to get into a flap about the recognition of Muslim family law by the state. Like other opponents he seems to be labouring under the misconception (insecurity even) that allowing Muslims to apply their religious precepts in personal matters is somehow going to undermine the country’s Christian character. That the statute book will suddenly include a section in Arabic defining a parallel jurisprudence for Muslims.

Clearly there’s a huge leap from permitting Muslims to marry and inherit under their own codes to embracing a total Islamic worldview but it does show the alarmist tone in which any conversation surrounding Muslims now takes place.

Writing in the Times last month Melanie Phillips (mis)characterised the situation thus: “Although Sharia has no legal authority in Britain, there are many Muslim enclaves where its writ runs. This is despite its anti-western principles, such as the death penalty for apostasy, punishments for homosexuality and the profound disadvantages and threats to personal safety meted out to British Muslim women.” Needless to say, Philllips lauded Welby for his “courage about resisting Sharia”.

Welby’s comments, while rooted in the perceived need for Britain to preserve its Christian character rather than a hateful racism, need to be seen within a wider context. Multiculturalism in Britain has been overtaken by a nationalistic, nativist discourse whose values (the “muscular liberalism” and “Fundamental British Values” of the governing Conservative Party) are constructed in opposition to anti-Muslim tropes.

For the Church to wade in against religious pluralism in an already heavily poisoned environment feels very much like another kick in the stomach. It amounts to seeking to deny Muslims equality of citizenship because ‘their values are ultimately inferior to ours”.

A similar exclusivism appears to be behind the government’s refusal last month to adopt the conclusion of an independent inquiry into so-called shariah courts that Muslim couples marrying under religious law should also undergo a civil marriage. Given that one of the alleged justifications for the state-commissioned inquiry was that the courts were short-changing women in their adjudication of marital disputes it would be reasonable to expect state support for such an arrangement as it would allow victims an alternative forum in which to seek redress. That the government flatly rejected the proposal suggests that it is less concerned about advancing Muslim women’s rights than opening the door for the legal recognition of shariah law.

Selby’s position is certainly a far cry from his predecessor, Lord Rowan Williams, and highlights just how far the Church has moved. “It’s not as if we’re bringing in an alien and rival system; we already have in this country a number of situations in which the internal law of religious communities is recognised by the law of the land … There is a place for finding what would be a constructive accommodation with some aspects of Muslim law as we already do with some kinds of aspects of other religious law,” Williams told the BBC in 2008.

Almost a fortnight has passed since Welby’s remarks were reported but the response from Muslim quarters has been conspicuous by its absence. The silence is reflective of the general ‘head down’ posture most Muslims have assumed in the face of an unrelenting onslaught against Islam from all sectors of society. However one area where we could start is suspending all inter-faith work. For decades now the Church of England has engaged in bridge-building work with Muslim groups and mosques with the apparent aim of developing closer ties and better mutual understanding. The basis of most inter-faith dialogue is an acceptance of the other as an equal. However, Welby’s opposition to religious pluralism would seem to call this equality into doubt.

For those of us whose origins lie in the Commonwealth, as for those Christians still uncomfortable with the Church’s role in the imperial past, this seems like a return to the pre-eminence and privilege enjoyed under Empire. Back then, missionaries introduced Christianity on the boots and blunderbusses of British footsoldiers. The Church of England legitimised, helped execute, and was in turn protected by the rapacious imperial project. However, the Church has come a long way since then. Instead of representing one faith group it has carved out a wider role for itself as the conscience of the nation, something seen in its misgivings about the 2003 Iraq war and its ongoing fight against poverty and unjust immigration policies. In doing so it has also shed a reputation as being the handmaiden of the state. When viewed against this background, Welby’s comments are an unwelcome and unnecessary regression.