Are Women Liberated in the 21st Century

Home
Events
Are Women Liberated in the 21st Century 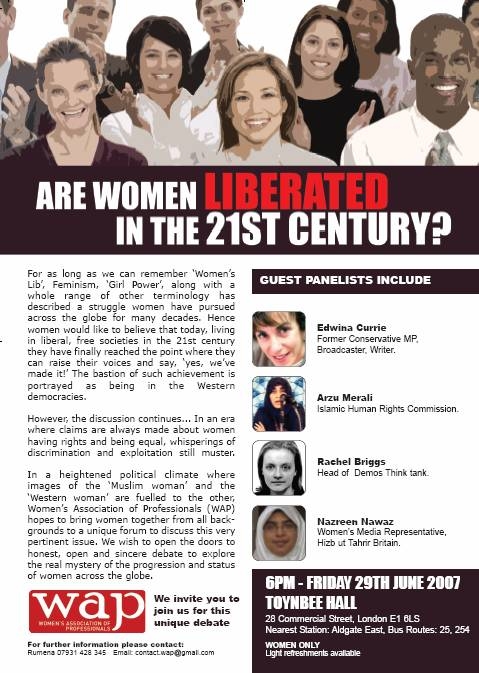 Hence women would like to believe that today, living in liberal, free societies in the 21st century they have finally reached the point where they can raise their voices and say, ‘yes, we’ve made it!’ The bastion of such achievement is portrayed as being in the Western democracies.

However, the discussion continues… In an era where claims are always made about women having rights and being equal, whisperings of discrimination and exploitation still muster.

In a heightened political climate where images of the ‘Muslim woman’ and the ‘Western woman’ are fuelled to the other, Women’s Association of Professionals (WAP) hopes to bring women together from all backgrounds
to a unique forum to discuss this very pertinent issue. We wish to open the doors to honest, open and sincere debate to explore the real mystery of the progression and status of women across the globe.

We invite you to join us for this unique debate