Assault on the myth of Western superiority

Home
Comment
Assault on the myth of Western superiority 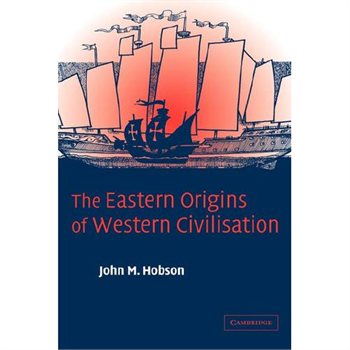 In many newspaper reports these days we read about threats to the “Western world” or discussions about “Western values”. The notion is conflated, often by Christian extremists, into “Judeo-Christian”  values or culture.Many of us are aware of how this dichotomy, this world of radically opposed camps; the East and the West, has been used in Islamophobic propaganda in recent years.

An important work, which should be in the library of every person interested in world history and in countering racist and bigoted theories, isThe Eastern Origins of Western Civilisation, by John M. Hobson.Professor Hobson is Professor of Politics and International Relations at the University of Sheffield (UK).  Previously he taught at La Trobe University, Melbourne (1991–97) and the University of Sydney (1997–2004).This work, published by Cambridge University Press, has been translated into Arabic, Greek, Korean, Turkish, Chinese, Croatian, Spanish and Swedish.

Professor Hobson has kept up his family tradition of writing books which confront dearly held but mindless conservative theories. His great-grandfather, British economist and journalist John A. Hobson (1858-1940), pioneered economic theories later developed by John Maynard Keynes. In addition, his 1902 study Imperialism, where he traced the origins of imperialism to capitalism, was later used as a basis for a similar work by the Russian revolutionary leader Vladimir Lenin.

European identity, in the hey-day of imperial expansion from 1700, was forged in this concept. The West was imagined as inherently superior to the East. In the era of scientific racism and white imperialism, “…the myth of the pristine West was born: that the Europeans had, through their own superior ingenuity, rationality and social-democratic properties, pioneered their own development in the complete absence of eastern help, so that their triumphant breakthrough to modern capitalism was inevitable.”

According to this myth it was the superiority of the Europeans that enabled them to become dominant. There was no contribution from outside, beyond European classical civilization.Even Karl Marx, lauded as the enemy of capitalism and imperialism, assumed that the West was unique and that the origins of capitalist modernity could be traced to Ancient Greece. He explicitly dismissed the importance of Ancient Egypt.

Hobson reveals the poverty of this approach to history in his analysis, showing how the Middle East and China, as well as India, played a leading role until quite recently in economic and industrial development. He also gives a revised perspective on the rise of Islam and its progressive nature. He points to the pig ignorant attitude of many moderns to Islamic law which was a major advance.

“While we usually consider the Sharia [the Islamic sacred law] as the root of despotism and economic backwardness, it was in fact created as a means to prevent the abuse of the rulers’ or caliphs’ power, and moreover, it set out clear provisions for contract law. Not surprisingly, there was a rational reason why the Islamic merchants were strong supporters of the Sharia.”

The search for truth is important to all who love justice.  Professor Hobson has made a significant contribution to this quest.