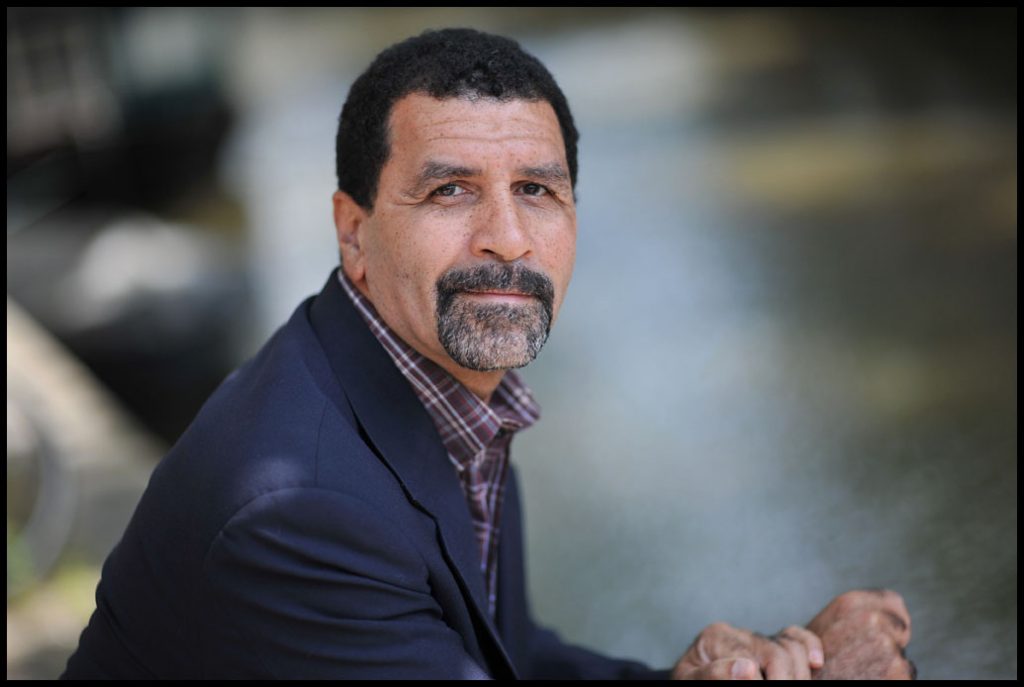 Professor Stephen Small joined us for an author evening on 14 May 2018 to discuss his latest book from Amrit Publishers.

Watch the video of the event below, and read more about the book underneath. Buy the book here.

Brief summary of 20 Questions and Answers on Black Europe, by Stephen Small, Professor of African American Studies at University of California, Berkeley from the author.

The book puts Black people in Europe at the centre of analysis, defines and interrogates the key aspects of Black Europe, and describes and elaborates the circumstances of Black people across twelve nations in Europe (listed below). Who are we, how did we get here, (historically) where are we located, what are our economic, political and social circumstances? What are our main organisations, what are our priorities and what actions, activities are we involved in – what is our agency – to confront institutional racism and achieve social justice. The primary focus is on citizenship and institutional racism – rather than on immigration and assimilation. An analysis of gender is at the core of the book and I examine how gender ideologies and institutional practices shape citizenship, politics, social inequality; as well as describing the main Black women’s organizations, their activities and priorities for knowledge production and social justice. While the book draws a great deal on the academic literature on these issues, I also immerse myself in what I call knowledge production outside the academy, but which I mean oppositional knowledge, independent knowledge, and collaborations between radical academics and community activists and intellectuals.

Most books and journal articles on Black people in Europe focus primarily on nation-specific studies, and primarily on what I call the usual suspects – the UK, France, Netherlands, maybe Germany. They highlight what is unique and specific to each nation – what I call the distinct differences across nations. In this book, I challenge the nation-specific approach, opting instead to focus on what is common to the Black experience in nations across Europe. In this way, I highlight what I call the striking similarities in our experiences. These experiences include an ambiguous hyper-visibility, an entrenched vulnerability and irrepressible resistance and resilience. They also include institutional racism, and direct and palpable legacies of colonialism and imperialism. I argue that Black people in Europe have contributed massively to the political, economic and social development of Europe, and that Europe is more democratic, more humane than would have been without our presence. I argue that Black social mobilization and organizations (including Black faith communities) exist because mainstream European institutions have failed to provide full citizenship and equal opportunities to Black people. And I argue that Black social mobilization, community actions and Black and multi-racial organizations will continue to exist and will be the main reason any that racial inequality and injustice will continue to be challenged in Europe.

There are 46 nations in Europe, with more than 770 million people. I estimate slightly more than 7 million Black people in Europe with more than 90% of all Black people in Europe today in twelve nations. These nations are the United Kingdom, France, the Netherlands, Portugal and Belgium; Spain, Germany and Italy; Denmark, Norway, Sweden and the Republic of Ireland. This book builds on the research I have been doing on Black Europe for the last 30 years, including my time as Director of UC, Education Abroad program in Bordeaux and Toulouse, where I lived in 2002-2004; my time as UC, Director of Education Abroad Program in Madrid, where I lived in 2013-2015. And my time as Extraordinary Professor for the Study of Dutch Slavery and its Legacies, at the University of Amsterdam (2010-2015). The book benefits in particular from the research and teaching I’ve done since I began working with my friend and colleague, Kwame Nimako in the Black Europe Summer School (BESS). I have been a faculty member on BESS every year since it began in 2008; and have interacted with more than 200 participants (gradates, post-docs, professor and undergraduates) from more than 15 nations in Europe, as well as from the US, Canada and Latin America. As well as with faculty members. It is clear that the book has benefited directly from my teaching in BESS and from these interactions. I am grateful to everyone and I thank BESS faculty and participants in the acknowledgments to the book.

Stephen Small, Ph.D. is Professor of African American Studies at the University of California, Berkeley, where he has taught since 1995. His research focuses on the African Diaspora, and on Public History and Collective Memory of slavery. He teaches courses on race, class and gender, globalization, and the African Diaspora. He has held visiting positions in the UK, France, the Netherlands and Brazil. He was director of Education Abroad Programs in France (2002-2004); in Spain, )2013-2015: and Visiting Professor at the University of Amsterdam, (2010-2015). He was born and raised in Liverpool, and has lived in the United States for more than 30 years.