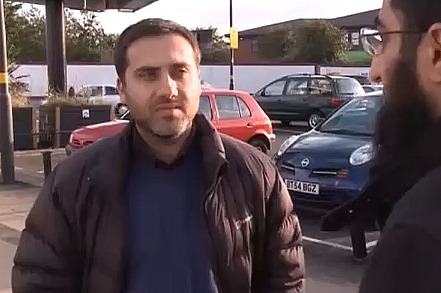 Join IHRC for an author evening with Roshan M Salih for his first publication ‘Confessions of a Muslim Journalist: My life in the mainstream and alternative media’

All prominent media is propaganda and the only difference between them is the sophistication of that propaganda. And Roshan Muhammed Salih should know, having worked for British mainstream media as well as Saudi, Qatari and Iranian funded media for the last 18 years.

During that time Roshan has covered the Muslim “news beat” in the UK and abroad more comprehensively than any other journalist, and he now runs Britain’s number one independent Muslim news website, 5Pillars.

Roshan has had a front seat on much of recent Muslim history, from the rise in Islamophobia and state oppression at home to wars, revolutions and natural disasters abroad. He has also interviewed countless extraordinary people, many of whom ended up dead or in prison. In this look back at his career working for news organisations as diverse as ITV, Channel 4, Discovery Channel, Al Jazeera, Islam Channel and Press TV, Roshan focuses specifically on the evolution of Islam in Britain from the 1990s onwards as well as how the mainstream media has lamentably failed to report on it fairly.

By telling his personal career story he takes aim at the British state and media for scapegoating and otherising Muslims in the War on Terror years. But he also reflects on the divisions and inadequacies within the Muslim community itself.

The book will be available to purchase on the day