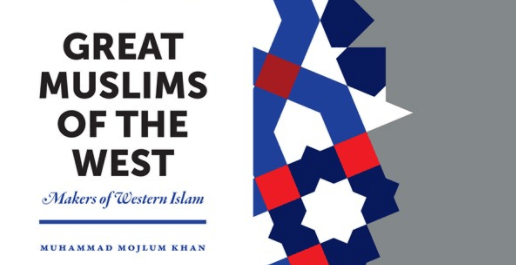 Facebook
Twitter
LinkedIn
WhatsApp
Email
About the book:
The GREAT MUSLIMS OF THE WEST is a unique, inspiring and authoritative study of the history, culture and heritage of the Western world from an Islamic perspective. Through the lives of more than 50 great Western Muslims, this book reveals a remarkably rich and diverse cultural history spanning more than 1400 years. Challenging Eurocentric or essentialist views on Western history, culture and civilisation, this book argues that Islam – like Christianity – has always been a Western religion and culture. Indeed, the lives and contributions of the extraordinary and influential Western Muslims covered in this book shows that Islam is truly a global faith and culture, transcending race, colour, language and geographical boundaries. Aimed at students, scholars and general readers, this highly innovative, informative and invaluable book is a must read for Muslims and non-Muslims, Westerners and Easterners alike.
WHEN: Thursday, 8 February from 6pm
WHERE: IHRC Bookshop, 202 Preston Road, Wembley HA9 8PA

Muhammad Mojlum Khan was born in 1973 in Habiganj, Bangladesh and was brought up and educated in England. He is an award-winning British writer, literary critic and research scholar. He has published more than 200 essays and articles worldwide and his writings have been translated into several languages. He is author of the bestselling The Muslim 100 (2008), The Muslim Heritage of Bengal (2013) and Great Muslims of the West (2017). He is a Fellow of the Royal Asiatic Society of Great Britain and Ireland and Founding Director of the Bengal Muslim Research Institute UK. He is currently writing the first comprehensive biography of Nawab Abdul Latif C.I.E (1828-1893) of British India.
Refreshments will be provided
FREE ENTRY
Click here to RSVP