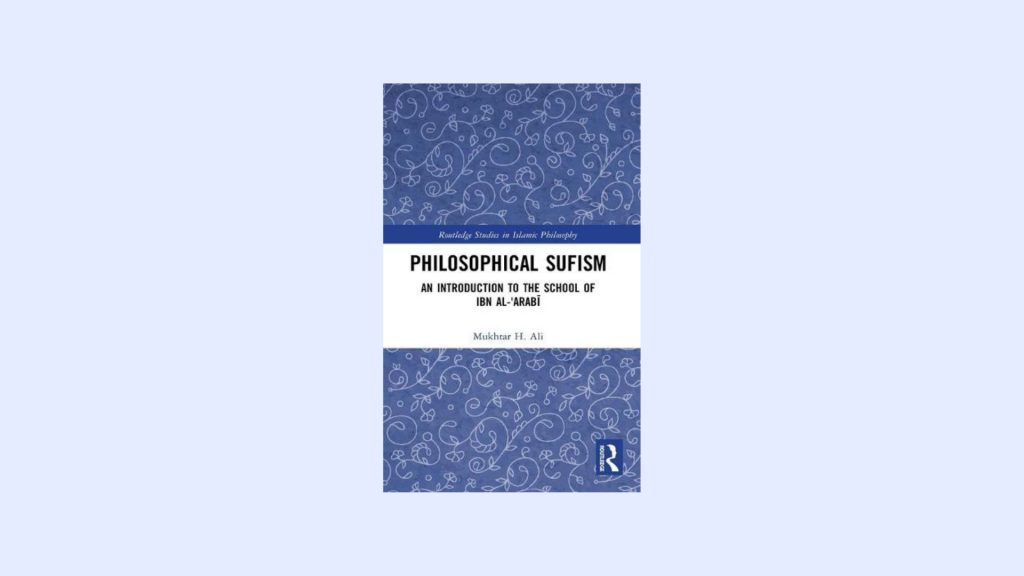 Join us for an author evening with Mukhtar H. Ali to discuss his book, Philosophical Sufism: An Introduction to the School of Ibn al-‘Arabi.

Analyzing the intersection between Sufism and philosophy, this volume is a sweeping examination of the mystical philosophy of Muhyi-l-Din Ibn al-‘Arabi (d. 637/1240), one of the most influential and original thinkers of the Islamic world. This book systematically covers Ibn al-‘Arabi’s ontology, theology, epistemology, teleology, spiritual anthropology and eschatology.

While philosophy uses deductive reasoning to discover the fundamental nature of existence and Sufism relies on spiritual experience, it was not until the school of Ibn al-‘Arabi that philosophy and Sufism converged into a single framework by elaborating spiritual doctrines in precise philosophical language. Contextualizing the historical development of Ibn al-‘Arabi’s school, the work draws from the earliest commentators of Ibn al-‘Arabi’s oeuvre, Sadr al-Din al-Qunawi (d. 673/1274), ‘Abd al-Razzaq al-Kashani (d. ca. 730/1330) and Dawud al-Qaysari (d. 751/1350), but also draws from the medieval heirs of his doctrines Sayyid Haydar Amuli (d. 787/1385), the pivotal intellectual and mystical figure of Persia who recast philosophical Sufism within the framework of Twelver Shi’ism and ‘Abd al-Rahman Jami (d. 898/1492), the key figure in the dissemination of Ibn al-‘Arabi’s ideas in the Persianate world as well as the Ottoman Empire, India, China and East Asia via Central Asia.

Lucidly written and comprehensive in scope, with careful treatments of the key authors, Philosophical Sufism is a highly accessible introductory text for students and researchers interested in Islam, philosophy, religion and the Middle East.

Mukhtar H. Ali is a Research Fellow at the Warburg Institute, School of Advanced Studies, University of London. He specializes in Sufism, Islamic philosophy and ethics, and has published widely in various peer-reviewed venues. He has also translated several works in classical and contemporary Islamic metaphysics, which include The Principles of Correspondences (2013) and The New Creation (2018) and The Horizons of Being: The Metaphysics of Ibn al-‘Arabi in the Muqaddimat al-Qaysari (2020).