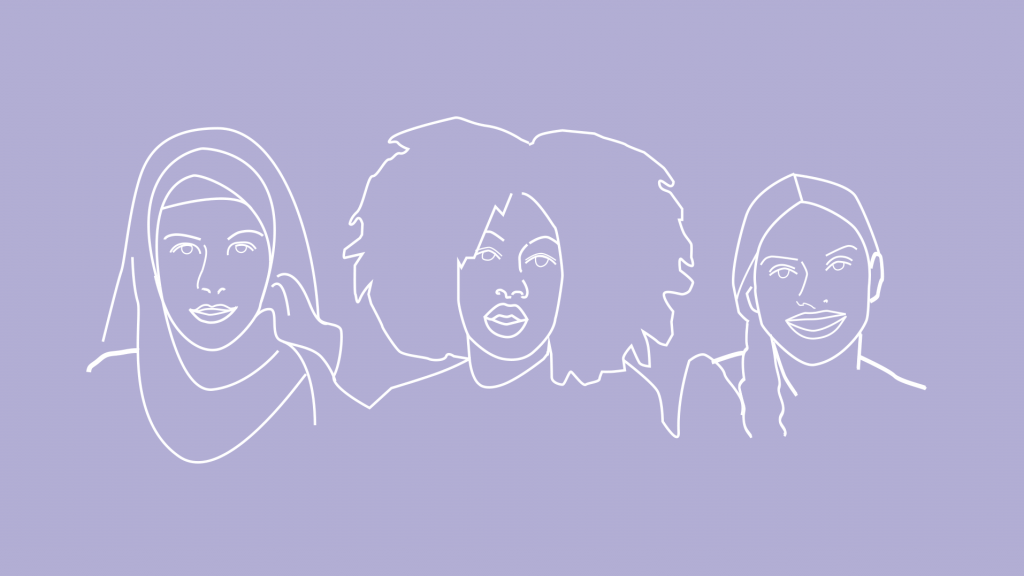 Join IHRC for an exciting author evening with Suhaiymah Manzoor-Khan, Waithera Sebatindira and Lola Olufemi, to discuss their book A FLY Girl’s Guide To University: Being a Woman of Colour at Cambridge and Other Institutions of Elitism and Power.

A FLY Girl’s Guide To University is available to purchase on shop.ihrc.org.

This event will be streamed live on Facebook and IHRC.TV.

A FLY Girl’s Guide to University is a collection of memoirs, essays, poetry and prose from four women of colour who studied at the University of Cambridge. It is a multifaceted calling out of the wrongness underpinning their shared experience at Cambridge, and the experiences of others in similar institutions throughout the UK. But they describe it best: ‘The purpose of our book is simple: we believe that our lives, our experiences, and our voices matter, especially in a place of power, pervasive whiteness and exclusivity. Our voices not only deserve to be heard but must be because the ‘Cambridge experience’ of a middle-class, white, cisgendered, able-bodied man is not the only one. Ours cannot be silenced.

We came together through FLY, a network specifically by and for women and non-binary people of colour at Cambridge. As members of FLY, we were all vocal and active in feminist and anti-racist politics, as well as adamant about intersectionality – whether in education, research, creating spaces on campus or in our campaigning. Through meeting there, hearing one another and experiencing our absences elsewhere, we decided to write this book. Writing gave us a language and space that we were not often afforded and a chance to live beyond the niches carved out for us by others. This book exists as a testament to our existences in a place we were often made invisible, and stands as a demonstration of the fact that we have the power to validate ourselves.

We believe our book itself to be a form of activism in its fearless sharing of our experiences and in contributing to the provision of previously silenced truths. In some ways, the importance of what we say is almost as important as the fact we say it at all because the power of this book is borne from the desire to continue a legacy of recording lived experiences of those whose stories often go unpublished. We want our work to act as a disruption, a hope, and a symbol that though marginalised in many ways and many spaces, we are very much alive, evolving and powerful.’

This wonderful book needs to be read, discussed and understood, in Universities, but also in government offices, businesses and anywhere that people are made to feel excluded, estranged and exposed because of their heritage, their religion or their appearance.

Waithera Sebatindira is a Law graduate from Trinity Hall and recently completed her MPhil in Multi-disciplinary Gender Studies at the same College. While facilitator of FLY, and with the indispensable support of its founders and a group of committed women of colour, she expanded the group’s membership and reach. During this time, Waithera developed a black feminist ethic that continues to be informed by the work of inspirational women she reads and meets – especially this book’s co-authors. She went on to become the first woman of colour to hold the position of full-time Women’s Officer on the Cambridge University Students’ Union and, during her tenure, campaigned on behalf of woman and non-binary students on campus while coordinating decolonial efforts across campus.

Lola Olufemi is a black feminist and organiser from London.  She graduated from Cambridge with a degree in English Literature in 2016. She facilitated FLY, the group for women and non-binary people of colour at Cambridge from 2015-16 and held roles on the BME and Women’s Campaign. She was the Cambridge University Students Union Women’s Officer from 2017-18. During her time at university she was heavily involved in student activism, working on, amongst others: the establishment of support for survivors of sexual violence, decolonising the curriculum and opposing the marketisation of higher education. She is currently the NUS Second Place on the NUS Women’s Campaign & sits on the National Executive Council. She is a masters student in Gender Studies who is interested in black feminist thought as a vehicle for thinking about the self and others and disrupting systems of power. She is currently writing a book on reclaiming feminism for young people which will be published by Pluto Press in 2020.

This event will be chaired by Narjis Khan. Narjis graduated from Cambridge in 2011 with a degree in Social and Political Sciences. After qualifying as a lawyer, she completed her LLM specialising in Public International Law at the LSE. Since then, she has been working in the public sector and volunteering at various NGOs. She has been a volunteer at the Islamic Human Rights Commission since 2016. Poetry she has authored focusing on issues of social justice, decolonisation and human rights can be found on her blog on the IHRC website.