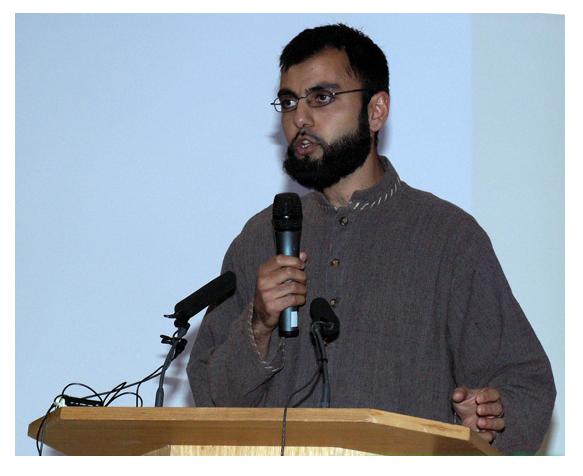 On 21 July this year, David Cameron, on a visit to the US, discussed the extradition case of computer hacker Gary McKinnon with President Obama and the possibility of any prison sentence being served in the UK. Cameron’s intervention came just two months after Home Secretary Theresa May decided to halt legal proceedings against McKinnon while she reconsidered the case. These stances by the new Coalition Government have been welcomed all round by the British public. After almost a decade of British subservience under the Labour government, it seems that British leaders are now standing up for the rights of their citizens.

McKinnon stands accused of hacking into 97 American military and NASA computers, causing damage that the US government claims will cost more than $700,000 dollars to repair. Ahmad is accused of running a family of websites which the US alleges provided material support to the Taliban and Chechen fighters waging a secessionist war against Russia long before 9/11. The US alleges that one of the several dozen computer servers on which the websites were hosted was located in the US for approximately 18 months from early 2000, hence their interest in Ahmad.

Unlike McKinnon, who has been a free man while he fights his legal battle, Ahmad has been imprisoned without charge in maximum security prisons for the past six years and has effectively already served a 12 year sentence. For over one year, he has been detained under a particularly harsh regime whereby he is unable to communicate with any other prisoners except the five other extradition detainees in his unit. While David Cameron has privately and publicly discussed the possibility of McKinnon serving his sentence in the UK, his vow of silence with respect to Ahmad is deafening to the ears of the Muslim community. Talk of double-standards and a dual track system of justice, already common within the community, are only exacerbated by Cameron’s behaviour.

If anything, for the government to take a principled stance on Ahmad’s case is far easier than on McKinnon’s. McKinnon admits hacking into the American government computer system. Ahmad has never been given the opportunity to answer a single allegation against him. The US states that the websites Ahmad stands accused of running first went online in 1997 and closed permanently in June 2002. Therefore, since 1997, the US has known about these websites and that they were based in the UK. Yet no action was taken until August 2004, after the new Extradition Treaty came into force under which no evidence was required. Under the old extradition treaty, Ahmad would have been able to challenge the evidence against him in court – no such luxury this time round.

Furthermore, British counter-terrorism police previously arrested Ahmad in December 2003, in the course of which they subjected him to what the Commissioner for the Metropolitan Police admitted was a “serious, prolonged and gratuitous attack”. Ahmad was detained for six days during which time he was interrogated, his home and those of his family members thoroughly searched, and his fingerprints and DNA sent to the four corners of the globe. Finally, after less than one week, he was released. Without charge. The Crown Prosecution Service concluded that, despite the vastness of Britain’s anti-terror laws, there was no evidence to charge Ahmad with any criminal offence.

Nevertheless, the British government has fought tooth and nail to extradite Ahmad to the US to face the same allegations over there. The Foreign Office even recommended to the European Court of Human Rights that he receive a life without parole sentence because of the “heinous nature” of the crimes he is accused of. The Foreign Office has further made representations that the complete sensory and social isolation of the US Supermax prisons, where Ahmad would be likely to be held, are humane. Perhaps they appear humane when compared to the CIA black sites which officials from Her Majesty’s Service have visited in recent years to interrogate other British terror suspects.

Ahmad is clearly suspected by the British government of involvement in the most serious acts of terrorism. It only follows that he should be put on trial and given his day in court. There is no need for him to be extradited to the US when the offence for which he stands accused is alleged to have been committed in Britain, as with the case against McKinnon. Indeed, the Court of Appeal came to the same conclusion in a case earlier this year of two white supremacists based in Yorkshire who ran neo-Nazi websites hosted on computer servers in California. The judges held that since the collation, typing, editing, uploading, and maintaining of the website content took place in the UK, and only a minor technical procedure took place in the US, then the UK, and not the US, was the most appropriate forum for their trial. The essential facts of Ahmad’s case cannot be distinguished from this case, other than of course, that he is a Muslim.

Ahmad is the longest detained-without-charge British citizen imprisoned in the modern history of the UK. Not even during interment in Northern Ireland during the 1970s were any IRA terror suspects held continuously for 6 years without being afforded an opportunity to prove their innocence. He has already served a longer sentence than he arguably would have received had he been charged and convicted of the offences in the UK. He is a British citizen accused of committing a crime in Britain. By failing to put him on trial in the UK and instead extraditing him to the US while publicly and privately advocating on behalf of a non-Muslim British citizen in a similar situation (Gary McKinnon), the government is sending out two distinct messages. Firstly, that Britain does not trust its own criminal justice system to deal with terror suspects. And secondly, that there is a dual track system of justice in place in the UK based on one’s belief in or rejection of Islam.

By Fahad Ansari for CagePrisoners OpEd