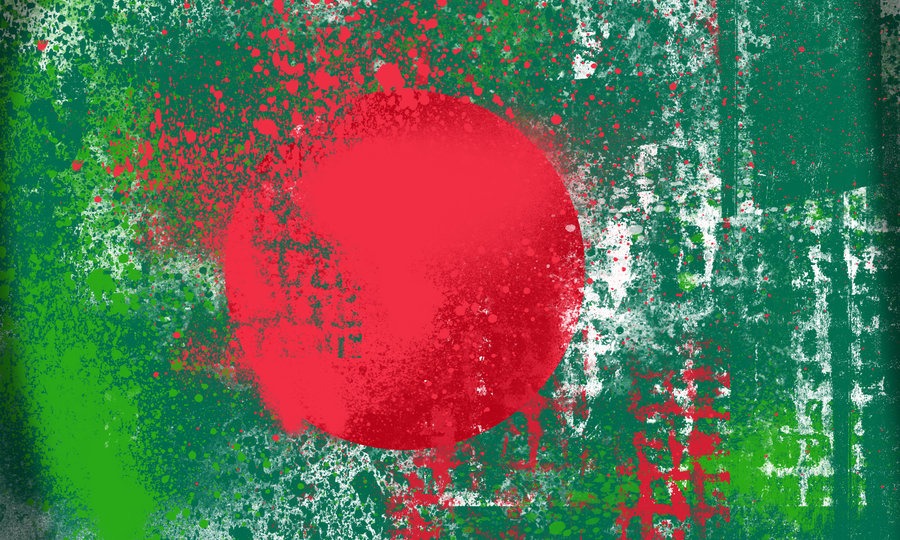 Please write to the High Commissioner of Bangladesh expressing your abomination at the recent hanging of former leader of Jamaat-e-Islaami, Abdul Kader Mullah, following a reportedly unjust trial. Urge them to pressurise the government to conform to international standards of justice with regards to the other detainees. Urge them to demand an explanation for the reported killings of innocent, unarmed civilians at the hands of the police which are becoming a norm in Bangladesh. Point out to them the downfall of civic values in Bangladesh and the resulting unrest in the community due to the apparently oppressive and suppressive rule of Awami League.

The Awami League has been accused of actively curbing all political opposition to ensure its complete hegemony in Bangladesh. Hence, the Awami League has detained and sentenced several top opposition leaders, mostly belonging to the Jamaat-e-Islaami, under the International Crimes (Tribunals) Act 1973 for alleged war crimes committed during the 1971 war of independence. The trials are reported to be severely unjust and a matter of collusion between the state and the judiciary. Several Jamaat members have been sentenced to death even though they deny any involvement in war crimes. One former leader Abdul Kader Mullah has been hanged in December creating a massive uproar and turmoil amongst his supporters. Their only ‘crime’, they claim was their open opposition of the separation of East and West Pakistan into independent states.  The war that created Bangladesh saw heinous war crimes committed, however these trials have raised serious concerns about due process, and politically motivated prosecutions.

The reported unrest that has resulted from the above-mentioned government actions has caused protesters to come on the streets displaying their anger at the government’s tacit response to the defamation of their religion at the hands of the opposition and unjust treatment of leaders they hold dear. Reports about killings, strikes, looting and arson are becoming commonplace. Freedoms of religion and belief as well as expression are being suppressed.

Bangladesh’s Awami League continues abusing its ruling powers with impunity as it hands down another death sentence to a prominent opposition leader of Jamaat-e-Islaami, Maulana Motiur Rahman Nizami.

He is being tried for allegations of smuggling arms to Assamese insurgents in India in 2004. He is also accused, along with eight other leaders of Jamaat-e-Islami and two leaders of the Bangladesh National Party, of war crimes during the 1971 war of secession with what is now Pakistan. Maulana Nizami has denied the charges saying that they are politically motivated.

Nizami’s is yet another death sentence to be handed down by the ruling party to opposition leaders. Another former leader of the popular Jamaat-e-Islami party, Abdul Kader Mullah was hanged in December after being found guilty of war crimes during the 1971 conflict.

Under the International Crimes Tribunal (ICT), set up in 2010, Awami League, has convicted many Jamaat leaders charged with war crimes committed during the 1971 war. The ICT has been condemned by human rights organisations and opposition groups for failing to meet international standards of justice and for allegedly being used as a tool to weaken political rivals.

The ICT has also been criticised for intimidating witnesses, being involved in the disappearance of a key witness, and in the case of Abdul Kader Mullah, retrospectively changing the law to send him to the gallows after an initial life imprisonment sentence had failed to satisfy popular demands.

Deputy Chief, Delwaar Hussein Sayadee of the Jamaat as well as Assistant Secretary General Muhammad Kamaruzzaman are also amongst those convicted and sentenced to death on war crimes on 28 February 2013 and 9 May 2012 respectively. Further, central executive committee member and key financier, Mir Quasem Ali was also arrested on 17th June 2013 on similar charges.

These convicted leaders on trial are some of the most influential people in Bangladesh and the backbone of the Jamaat.  After Sayeedee’s verdict was announced, violence gripped the nation, as clashes were reported between Islami Chahtra Shibir, the student wing of the Jamaat, and the police. Scores were reported dead. On the other hand many were reported to celebrate the verdict calling for the hanging of ‘war criminals’ and banning of Shibir protesters.

The reportedly mass killings of Hefazot protesters in May 2013, further increased the tensions between the state and the civilians. Human rights groups express serious concern over the reliability of civil society in Bangladesh as increasing reports reflect upon the ruling party’s draconian measures to suffocate the opposition, civic groups and independent media.

With reports about law and order going out of the window, the judiciary being hijacked by the state, and killings, mass protests and strikes becoming a norm, the country seems to be headed towards destruction of all civic values including freedom of expression and right to due process. The pressure on the ruling party to explain these reports of injustice and horrific killings rises by the day and it leads many to believe that the government is indeed trying to establish totalitarian rule and eradicate the opposition.

a. Letter to the High Commissioner of Bangladesh to your country

Re: Abhorrence at the reported impunity of the Bangladeshi government in their horrific and unjust treatment of civilians and opposition parties

I am writing to express my extreme anger and disgust at the reported impunity of the Bangladeshi government in abusing its powers as the head of state and allegedly killing civilians and opposition party members without conclusive evidence.

The recent execution of Jamaat-e-Islaami former leader Abdul Kader Mullah on 12 December 2013 has horrified me, especially after receiving reports that the International Crimes Tribunal (ICT) Act under which he was tried was blatantly unjust and politically motivated. The ICT has been condemned by human rights organisations and opposition groups for failing to meet international standards of justice. The court has been condemned for being attached to the government, and hence, incapable of delivering impartial judgements.

I am shocked to realise that if the above-mentioned reports are true, then the Bangladeshi government has no fear of accountability and has executed an innocent civilian at will.

According to reports there was collusion between judges, prosecutors and government ministers to convict these JI leaders. Further, reportedly, everything, from the selection of witnesses to the documents admitted as evidence in court, was carefully screened and selected to serve the motives of the ruling Awami league.

I truly fear for their lives and demand the government to stop the unjust continuing political witch-hunt against opposition political leaders.

I am also deeply disturbed by your government’s alleged use of force against supporters of the Jamaat who are protesting against these trials and other issues of concern. There have been horrific reports of mass killings of civilians demonstrating against the state such as the reports about the killing of Shibir group in February 2013 and the  Motijheel massacre of 5th/6th May 2013. Human Rights organisations have detailed the brutal human rights violations carried out by the Awami League government including extrajudicial killings, torture, arbitrary detentions, and suppression of free speech. There are also shocking reports about a disinformation campaign being propagated by the government to hide the reality on the ground and the banning of opposition media from recording news events independently.

If these reports are true, then I am extremely concerned about the future of a country which is willing to kill its own citizens and suppress their just demands to secure its selfish interests and ensure total and absolute power.

I demand you to confirm whether these horrific reports are true or false. If they are true then I demand the Bangladeshi government to step down from power immediately and surrender in the court of law for the unjust execution of Mullah and the killing of innocent citizens and duly compensate the victims’ families for this immense, irreplaceable loss of the life of their loved ones.

I demand free and fair trials for all those held. The trials should be transparent and human rights observers should be allowed to attend and record the proceedings. Aged members of the Jamaat or those who suffer from illnesses should be immediately freed pending trial or the dropping of charges. Any unjust action of the court leading to further execution of the detainees without evidence will be tantamount to manslaughter and should be punishable in a court of law.

Please urge the Prime Minister to uphold to values of justice propagated in the Quran she claims to follow.