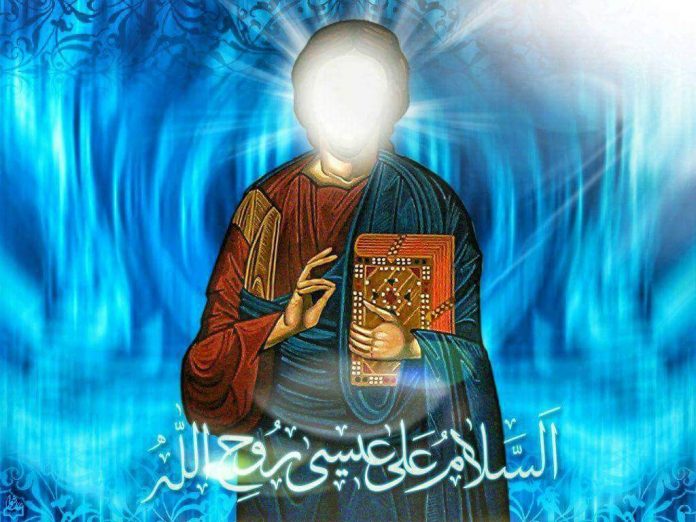 Arzu Merali overviews some resources for those of looking for meaning – whether Muslim, Christian or different belief systems – at this time of year, in what is becoming an increasingly secular and materialistic celebration.

As the years go by my antipathy to Muslims ‘celebrating’ Christmas has worn down. This is due in part to the shared attempts by people of faith, to bring spirituality back into our lives – all of our lives – at a time when nativist states using jingoistic rhetoric, co-opt our days and symbols of faith to serve in an increasingly neo-liberal and chauvinist cause.

Many thanks to various friends and figures, some of whom are named below, for alerting me to these resources. I hope they are useful to readers.

“Behold! the angels said: “O Mary! Allah giveth thee glad tidings of a Word from Him: his name will be Christ Jesus, the son of Mary, held in honour in this world and the Hereafter and of (the company of) those nearest to Allah.” Quran 3:45

As friends have reminded me, reaching out has many blessings…

So just been round to a few neighbours with presents

My little Islamic way of saying thanks pic.twitter.com/CVfCqEPc9l

On the Birth of Hadrat Isa a.s.

STREAMING ONLINE: Get your tickets for Jesus Christ: A Muslim Nativity by Khayaal Theatre company. This is a film adaptation of this hugely popular performance, taking place on 25th and 27th December at 6pm GMT iA in support of Luton Foodbank and Khayaal Theatre’s ongoing work to share wisdom tales from five faith traditions on the themes of character virtues, environmental responsibility and the sacred feminine principle.

The learned Rebecca Masterton has posted interesting and resources on the birth of Prophet Isa (a.s.), as well as deep commentary on what it means for us now.

The Qur’an says that Sayyidah Maryam (sa) was told to pluck the ripe dates from the tree, which would make the birth of the Anointed One around September, and records seem to point to that time.

Nevertheless, it is a good time to remember the message of the prophets – in a time of spiritual, social, psychological and political madness, connect to the light and stillness within the heart. It is there that one finds sanity, knowledge and sense.

Do not succumb to fear. Remember the All-Knowing.

Rebecca also refers to a collection of portraits of Lady Maryam Umm ‘Isa (as), based upon oral reports of John the Baptist.

The image depicted is by Br. Robert Lenz a Franciscan friar whose innovative icons are known throughout the world. Each year, larger numbers of homeless people live in the streets of modern cities. These people may be jobless workers, battered women, the untreated mentally ill, or simply those too poor to get by. They tend to be “invisible” to the rest of society, but they are a real presence of Christ, the Suffering Servant, in history. This icon depicts the Hadrat Maryam as the mother of those on the streets. Her garments, and those of her Son, are covered with jewels and gold decoration, making manifest the hidden worth and dignity of street people, who are living icons of God.

The film Saint Maryam / Maryam Muqaddas has been around for the longest time and there are various versions available on Youtube dubbed in Arabic, Urdu and English, with subtitles in all these languages, as well as the original Farsi. You can also find the full 20 part series upon which the movie was based dubbed in those languages.

If you like what you see please consider buying a copy on DVD from the IHRC Bookshop. All profits go to charitable causes.

I have seen the movie version. It’s excellent.

There are some excellent materials being posted by @ballandalus on Twitter. Here is one below.

One of many sayings ascribed to Christ by early medieval Islamic tradition. This one was narrated by Ahmad b. Hanbal pic.twitter.com/QphCuayzNN

Thinking more on the significance of the nativity story, here are some messages that help us reflect on the political currency of the events from whichever tradition.

This image below applies to the Hostile Environment, closed borders in the USA and Fortress Europe as much as it does the policies of the FN in France.

And a little bit of merriment to sign off

The jury is still out on this one…

And if you know, you know about this one.

Festive Greetings, full of love, to all my #Playschool Babies. Hope you have a Cool Yule #Humpty sends loving greetings too ❤️ pic.twitter.com/0LVhyUbBKs

And of course, this*. Have a safe holiday. With peace and prayers.

*This is not an endorsement of Famalam. Usual caveats apply.