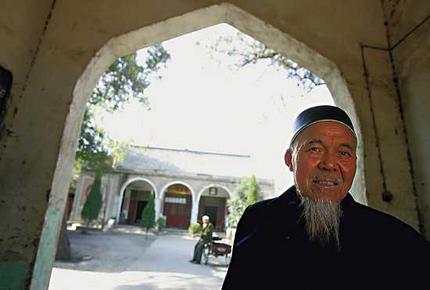 B. Background.
China appears to be very strict on freedom of religion. This is evident from the history and the struggle of the Uyghur Muslims in Chinese occupied Central Asia. Currently, Xinjiang is the only province of China to have a Muslim majority; Uyghurs has endured decades of discrimination and oppression under Chinese rule.[1]

Restrictions on the Right to Freedom of Expression
There are also reports of restrictions on the right to freedom of expression. Actions that are strictly forbidden for Uyghurs not only include celebrating Islamic festivals, but also studying religious texts. The Chinese government vets who can be an Imam, what version of the Qur’an is acceptable, where religious gatherings may be held, and what may be said at such gatherings.[2] Recently introduced regulations also forbid local government employees and young men under the age of eighteen from praying in the mosque[3].

C. Promotion and protection of human rights on the ground.
Freedom of religion.
In June 2008, a court in the region sentenced five Muslim Imams to seven years’ imprisonment for illegally organising Hajj pilgrimages to Makkah. The Imams were also charged with illegally providing copies of the Qur’an at a rally in Xayar County, near Aksu City.[4] Accusations that the CCP was suppressing Islam in this region were also documented by the BBC (2006). Signs like the following are also been posted in many public buildings in Beijing:

“Anyone that can be identified as ‘Xinjiang Uighurs’ enters the building, please report them to the security department, security guards will persuade them to leave the building.”

Signs like the following are also been posted in many public buildings in Beijing:“Anyone that can be identified as ‘Xinjiang Uighurs’ enters the building, please report them to the security department, security guards will persuade them to leave the building.”

Freedom of expression
Mosque construction and renovation was severely curtailed, public broadcasting of sermons outside mosques was banned, religious education was proscribed, and only religious material published by the state Religious Affairs Bureau was allowed. Religious activists were purged from state positions and Haj pilgrimages were tightly controlled and limited to participants over 50 years of age’ (Uyghur Human Rights Project, 2004).

Cooperation with UN human rights mechanisms.
According to article 1 of the China’s new Regulations on Religious Affairs which was promulgated in November 2004 and implemented in March 2005.[5] The state should “ensure freedom of religious belief” and to regulate “the administration of religious affairs.” From Article 3 onwards, the regulations state that “only normal religious activities are protected,” leaving the party as the sole arbiter of what constitutes normality.

Apparently it seems that state is trying to improve legal construction in the field of religious affairs, which is appreciable. However careful study of these regulations reveals a different story. These laws stipulate that new religious centres may only be developed with state permission through a registration process. This process allows the state to monitor religious activities. As a result of which it is more difficult for church, mosque, temples or monastery to exist without state approval than before. Such state-led intervention is contradictory to an atmosphere of religious freedom.
Despite the fact that Article 36 of the constitution of the people’s Republic of China on religious freedom states that:

But in practice the reality is quite different, the Muslims residing in the North-West Xinjiang, Uyghur Autonomous Region are only free to practice religion within the boundaries set by Chinese law and policy.

Article 36 of the constitution of the People’s Republic of China is ambiguous in nature i.e. “The state protects normal religious activities according to the law.” It means the state officials are the one to decide what is normal, some activities deemed
“normal” by some religion and may seem ‘abnormal’ by others. It clearly shows that China’s stance towards freedom of religion remains equivocal.

The working group on arbitrary detention 2004 noted that the constitution does not guarantee the freedom of expression of one’s religion through activities and recommends revising the constitution to include such a guarantee.

China also assumed International obligation by being a member of Universal declaration (UDHR). Article 2 of UDHR states “Everyone is entitled to all the rights and freedoms set forth in this Declaration,” According to article 18 of UDHR, “everyone has the right to freedom of thought, conscience and religion; this right includes freedom to change his religion or belief, and freedom, either alone or in community with others and in public or private, to manifest his religion or belief in teaching, practice, worship and observance.which guarantees persons right to manifest their religion  either alone or in community.”  Whereas Article 29 (2) of UDHR also states that “In the exercise of his rights and freedoms, everyone shall be subject only to such limitations as are determined by law solely for the purpose of securing due recognition and respect for the rights and freedoms of others and of meeting the just requirements of morality, public order and the general welfare in a democratic society.”

China is also a signatory to the International Covenant for Civil and Political Rights (ICCPR) and also ratified Convention on the Rights of Child (CRC). Article 14(1) of CRC clearly states “States Parties shall respect the right of the child to freedom of thought, conscience and religion.

It is evident that despite the fact China is not only a signatory but also party to many human rights instruments yet Uyghur Muslims are denied religious autonomy and freedom. This is a clear violation of China’s obligation under International human rights laws which cannot be justified under any treaty mechanism.

Recommendations:
The Islamic Human Rights Commission recommends that:
1.    Republic of China should ratify the International Covenant on Civil and Political Rights.
2.    Uyghur Muslim in Xinjiang should be allowed to practice Islam according to their religious belief, without government interference or approval.
3.    Uyghur Muslim child should be allowed to practice religion and the rights of parents to educate their child according to their own religious belief should be respected.
4.    Republic of China should repeal all law related to freedom of expression and religious belief and bring its laws in conformity with International Human Rights Standard.