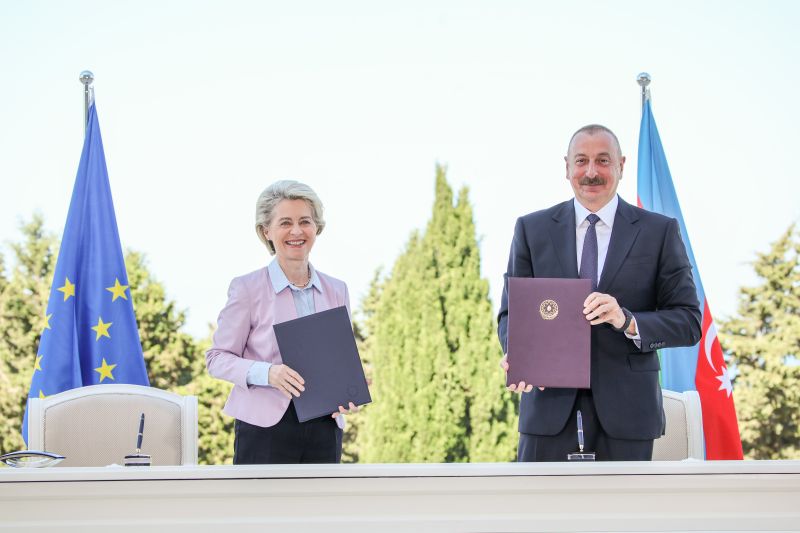 The extreme secular and corrupt Azerbaijani government has severely persecuted Azerbaijani activists. As well as harassment, censorship and blockading of the town of Nadaran, a town with large support for the Muslim Movement for Unity (MMU) organisation, the government forces have arrested, imprisoned and tortured many activists. The prisoners include Sheikh Taleh Bagirzade, the leader of MMU, who was jailed for life with 17 other activists from the organisation. He was accused of attempting to overthrow the government. But human rights organisations such as Amnesty International (source below) claim he is a prisoner of conscience.  Sheikh Bagirzade has become known for speaking out against the ban on headscarves in schools and calling for more Islamic representation in the Azerbaijani political system.

Other prisoners include Polad Aslanov, who ran two independent online news outlets in Azerbaijan; Xeberman and Press-az. Also imprisoned are Anar Jabbarov and Elnur Mehdiyev, the latter of whom were deported back to Azerbaijan from Turkey and arrested for helping the family of the Nadaran Incident victims. The Nadaran Incident occurred in 2015, when police blockaded the town, killing dozens of civilians and arresting many more, including children.

Amnesty International (source below) has been vocal about the unfair trials and treatment that the prisoners from the MMU have faced. They have been subjected to torture (particularly with electric shocks), beatings, and being denied medical treatment, including for bullet wounds sustained during their arrests. Their legal representatives have been threatened and intimidated by the government. MMU prisoners were beaten and forced to sign “confessions”, many of which they did not read or know what said. The prosecution at their trials could not produce evidence linking them to any attempts to organise violence or terrorist activities and could only use MMU’s religious events as evidence of “illegal meetings”.

Recently, activists from the Movement for Muslim Unity in Azerbaijan staged a hunger strike after members of the government’s Office for Combating Organized Crime (BMCMI) continuously tortured some of them in prison whilst also insulting God Almighty.

The European Union is expected to increased is natural gas supplies from Azerbaijan within the next year and has just anounced it plans to double these imports by 2027.

Re: The release of Movement for Muslim Unity members

I am writing to you regarding the detention of the Muslim Movement for Unity members. They have been arrested under dubious accusations in the Republic of Azerbaijan without fair trials. Further, their legal representatives face intimidation and harassment, whilst forced confessions, often made under the threat of torture, have been used as evidence of their guilt. This includes against their leader, Taleh Bagirzade, who, along with other political prisoners, has staged a hunger strike in the past in opposition to members of Azerbaijan’s Office for Combating Organized Crime (BMCMI). This was in response to these members of the BMCMI beating and torturing members of the movement, including Bagirzade himself.

The European Union is Azerbaijan’s most significant foreign aid donor and investor, funding its government sector and civil society. Since 1992 it has made available over €600 million in bilateral assistance. Azerbaijan is a partner of Europe in international organisations such as the Council of Europe and the Eastern Partnership, as well as being part of the EU’s European Neighbourhood Policy. So the EU has an essential duty to ensure that human rights are not abused in Azerbaijan. Amnesty International has produced a report highlighting many of the intimidation tactics, torture and tricks used to deny these prisoners fair trials (the link to which you can find at: https://www.amnesty.org/en/documents/eur55/5633/2017/en/ ). These allegations should be investigated thoroughly by the EU itself.

We call on the EU to take responsibility in condemning the torture against these prisoners and demand the release of these prisoners. I look forward to hearing from you in due course.

If you are unable to send mail, you can also tweet them with a screenshot of your letter at @vonderleyen

You can also send them a copy via the internet on their website at: https://ec.europa.eu/commission/commissioners/2019-2024/president_en