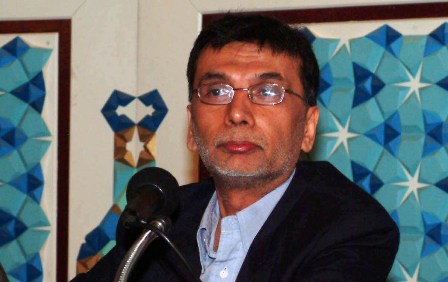 Following the recent speech on 5th February 2011 by the British Prime Minister David Cameron at the International Security Conference in Munich, it is perhaps worth reflecting over the issues he aimed to address. There have already been criticisms levelled by some commentators and many now wait for policies to emerge so as to evaluate how much of what he said was practical and feasible. This article aims to comment on the role played by both British Muslims and the British government to socio-political issues concerning extremism and social cohesion.

The Prime Minister has sparked wider discussion on British Muslim identity, their religious practice and role as British citizens and whether multiculturalism as a vehicle for stability has worked for Britain or not. At the same time, however, one needs to critically analyse his justifications that links extremism, British Muslim identity, collective British identity and multiculturalism (which appear, at times, to be tenuous and presumptuous). The audience he was addressing, mainly made up of security experts, make many in the British Muslim community wonder whether this was the right platform to begin a serious grassroots debate at home.

Defining Extremism
David Cameron stated that terrorist attacks overwhelmingly come from young men who follow a warped interpretation of Islam and are prepared to blow themselves up in order to kill their fellow citizens. He argues the solution lies in getting to the root of the problem and the root of terrorist attacks in the UK and Europe is Islamist extremism. He defines Islamist extremism as a political ideology governed by an extremist worldview that wants to achieve its aim by violence on the one hand and its sympathisers on the other, who may reject violence but accept parts of its ideology that includes real hostility towards Western political and liberal values. He asks how is this to be defeated?

Surely, it is necessary to seriously investigate this question before hasty actions are instituted against any group of British citizens. The problems which the United Kingdom face with regards to extremism are multi-faceted (ranging from the role of the media to government polices to religious interpretation) but concerning the role of Muslims, it is important not to consider them as one unified body. Some may blame extremism on the government and media whilst others would be more introspective on religious dissemination. Having accepted that British international and national policies would have natural repercussions on Muslims (and indeed any other faith or non-faith group); the role of British Muslims as citizens lies in working through its concerns through democratic institutional processes. It is just as well to remember that extremism should be considered as a broad philosophy historically practiced by many countries and persons as a negatively animalistic reaction to that which they fear or have a deep-rooted grievance against. It is not merely associated with a particular religion or group but rather, a basic human fear propelled by theological manipulation or influence and a negative use of animalistic instincts. In this sense, perhaps extremism is a product of a human condition and not human nature.

Extremism from any quarters is a problem. If, as he says, Islam is emphatically not a problem then clearly the arguments from the soft left have some merit in that there is a major link between terrorism and economic injustices and exploitations towards citizens of Middle East countries (the majority of whom happen to be Muslims) and Western foreign policies enacted to propping up these injustices. Whilst such arguments from the soft left are regarded by David Cameron as just contributory factors, nevertheless, they should be important enough for him and other Western leaders to seriously tackle them and actively create a democratic space in the Middle East away from an oppressive security state that the West has propped up for far too long. This has provided the hotbed for extremism to flourish which we all fear so much. Here, we have to admit that Western foreign powers have also been a prime cause for extremism.

He further highlights that the failure to make a distinction between Islam and Islamist is ‘muddled thinking’. This may be so but many British Muslims feel that it goes beyond simply ‘muddled thinking.’ There are those who simply do not wish to make this distinction – for example, the hard right. They openly dislike Islam and Muslims who happen to be, in the main, dark skinned and culturally different. Then, there are also those whose language appears to make a distinction between ‘religion’ and ‘extremism’ but then subtly link the two by attaching a common word ‘Islam’. Obviously, such a nuanced use of the word ‘Islam’ gives rise to a more hurtful type of Islamophobia in practice then the one manufactured by the more open type.

Multiculturalism
Drawing from the British experience, David Cameron goes on to assert that some young Muslims born in the UK are inevitably drawn to extremist ideologies of an ‘Islamist’ kind because of their vacuous identity. He states that young British Muslims suffer identity crises due to the sedate and settled habits of traditional Islam practised at home by their parents, coupled with the weakening of ‘British collective identity’. This weakening, he conveys to us, is a direct result of state multiculturalism which has encouraged separate lives and segregation. In other words, he implies that had the mainstream and the governmental agencies displayed, in their dealings with immigrants, a set of values that underpin a British, English, Scottish or Welsh collective identity attractive enough for immigrants of a different culture and belief system (particularly Muslims) to belong to, a young Muslim today would not be undergoing this crisis of identity and which Islamists are now taking advantage of. But do any of us really possess a single identity – our lineages go back to our ancestors who inhabited countries foreign to us, lived in a different culture and perhaps spoke a different language. What is this Britishness that we are all supposed to strive for? A curry is now just as much a part of British culture as fish and chips!

Although David Cameron laments the fact that the mainstream failed to provide an inclusive vision and this may be true to some extent, he may also wish to consider that many immigrants, in spite of their land of birth being ruled by Britain as a colonial power, admired British ethics and their sense of justice only to experience a wholly different attitude from the mainstream population upon arriving on British shores. Together with lack of education and sparse economic opportunities which inevitably drove them to live separately has today evolved into an acceptable model of living in Britain. This has become a fact on the ground. Multicultural Britain arose out of this and multiculturalism is a pragmatic ‘after thought’ to intellectualize this fact, not a vision or theory as the Prime Minister is alluding to. Successive British governments have found it easier to rationalise this visible presence of large ethnic and religious groups in many British cities under the rubric of ‘multiculturalism.’

Creating a sense of shared grassroots national identit����������������
Today the Muslim community in the United Kingdom is subject to an in����������������c examination as the state is confronting extremism. It also suffers attacks of Islamophobia from the mainstream media. Under these situations, how can we begin to make an average British Muslim citizen feel that he/she is living, contributing and enjoying all the natural rights he/she has in this country? Indeed, we all fit into this category but we must venture into the basic heartbeat and needs that all human beings require. These are not merely associated with ritual worship, propagation and educational standards within various Islamic centres and mosques, as important as they are. Perhaps far greater than these is the need to be financially stable, to have a shelter over one’s head, to raise a family, to be educated and enjoy a comfortable and peaceful life and have strong sense of belonging to Britain. And all of this within the social and community ties of a multi-cultural Britain. At the very least, all human beings require this standard of living.

Equally, the British Muslim community needs to do even more to promote diversity of thought throughout madrasahs, mosques and community centres in order to defeat the scourge of radicalization. This is would open people’s minds to new ideas, the existence of different practices and how Islam can relate to them. In this way, Muslims as citizens can learn from and be more inviting to each other. Whilst this is a challenging task (since it involves breaking deep-rooted religious and cultural traditions), it is a necessary aim. The professional development of Imams is also important and can be achieved through exposing Imams to a wider variety of discourses, dialogues and training programs (for example ranging from language to professional skills to interfaith).

Other challenges have everything to do with non-Muslim populations and their perceptions of Muslims. The United Kingdom government establishments and civil society need to genuinely demonstrate that British Muslims are not a foreign and fearful entity and that they are equally valued members of British society. In Britain, there is a climate of shared opportunity for all its citizens but we need to ask whether it is one in which young British Muslims also feel confident to reduce their own deprivations without having to justify or prove their loyalty to Britain or British values on a regular basis. This is a form of psychological ‘wear and tear’ that continually drains and finally undermines their emotional bond with Britain.

Acceptance
The time has sharply come for the mainstream population to sensitively accept that the vast majority of British Muslims are working towards their own development as British citizens and arriving at a position from within their own experiences. Therein may lay the success for all and particularly for British Muslims, who inhabit this island and are attached to it in their own personal and collective ways. The government should continually assist in creating such an ethos.

In this manner, deep roots and ties would be planted for the average young British Muslim which would create a sense of longing in this country. This would be truly understanding grassroots British Muslims at their core. Even simpler than that, a local charity program bringing all citizens together or social programs in Islamic community centres where all are invited would perhaps have a far-reaching effect in creating peace within and between different faith and non-faith groups, than any quick or ill thought-out program. Touching the livelihoods, hearts and minds of people and making them belong in a climate of security is, I feel, the start of a solution to reduce extremism. And it can only be accomplished by working through the lives of the grassroots British Muslim community and creating a sense of shared national identity that is open to everyone.