Act Now: Demand that Sheikh Zakzaky and his wife’s passports are returned to them

Home
Act Now
Act Now: Demand that Sheikh Zakzaky and his wife’s passports are returned to them 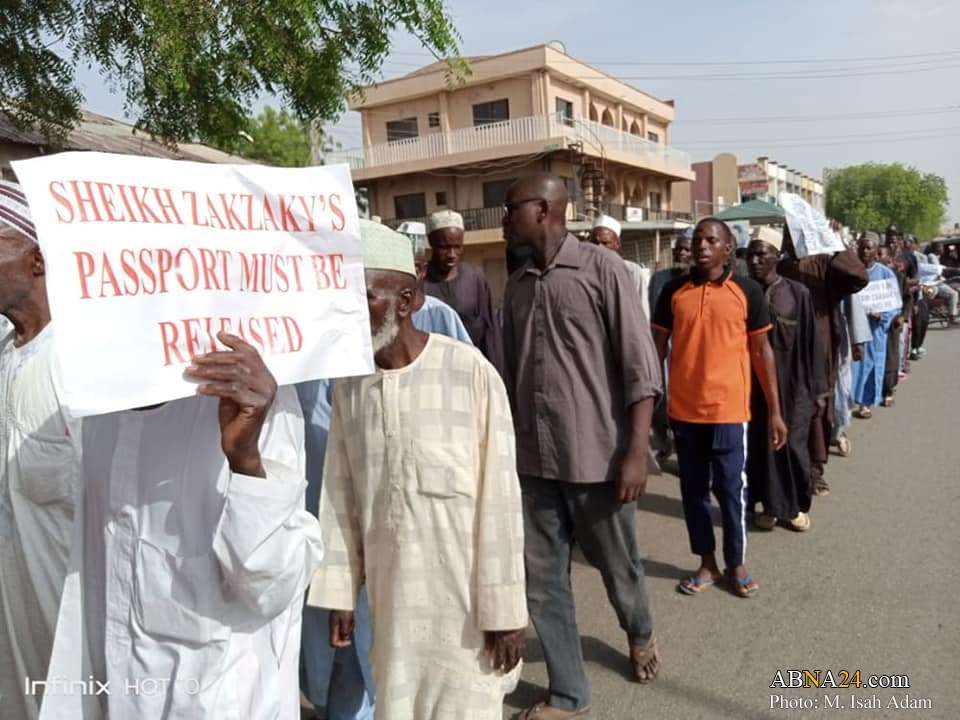 The Islamic Movement of Nigeria has suffered from various massacres, the wrongful imprisonment of its leaders and constant demonisation, all by organs of the Nigerian state. The 2015 Zaria Massacre, after which their leader Sheikh Ibrahim el-Zakzaky and his wife Mallimah were arrested, saw the killing of over 1000 people by the police, who admitted to dumping the bodies into mass graves.  After tireless campaigning by human rights organisations and activists both within Nigeria and across the World, they were released, years after the highest court in Nigeria demanded it. Yet the government has still refused to release their travel documents to them, making it impossible for them to leave Nigeria. This is a tactic done to not let them tell their story to the World, and avoid putting them in an uncomfortable position, whilst the court itself has said that the medical attention that Zakzaky needs is not available in Nigeria, and that he must travel abroad. It is absolutely disgraceful that the oppression of this couple, and the movement that the Sheikh leads, is still going on despite he himself being wrongfully imprisoned, shot by the police and left without medical treatment despite being severely ill as a result of his treatment.

I am writing to urge your intervention in order to help secure the travel documents of the leader of the Islamic Movement in Nigeria, Sheikh Ibrahim el-Zakzaky, and his spouse Mallimah Zeenah, from the country’s authorities.

The couple are taking legal action seeking the restoration of their passports but face stalling tactics from the government which seems determined to deny them the freedom of movement that is their constitutional right.

It is not disputed that the specialist treatment the Zakzakys need is not available in Nigeria.