Home
Campaigns
Rohingya
Division and demonisation as a prelude to genocide 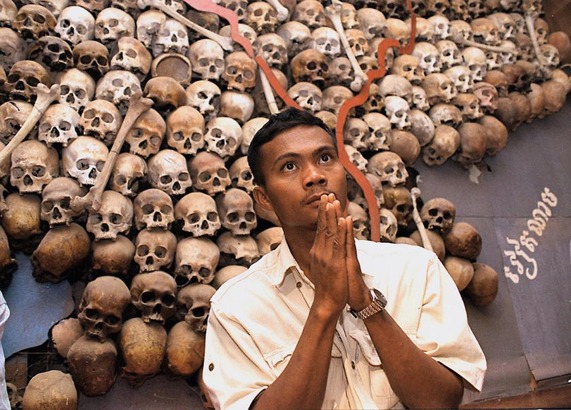 A heavyweight line-up of speakers will discuss the demonisation of communities that ultimately culminates in genocide on Genocide Memorial Day to be marked on Sunday 17 January.

In line with the aim of the annual event which aims to raise awareness of genocide so that new generations can understand the causes and recognise the warning signs of such atrocities, this year’s theme is the demonisation of peoples which necessarily precedes genocides.

Demonisation forms part of the dehumanisation process, the third of a series of eight stages of genocide famously expounded by Gregory Stanton.

Recent years have witnessed an increasing demonisation of ethnic, religious and other groups (for example, refugees) as identititarian and nativist politics have surged to the fore in societies the world over. Indeed, the politics of division has been normalised to the extent that it has become the lingua franca of mainstream political and media discourse.

From the USA to Europe to India and China politicians have exploited economic discontent and social prejudices to rise to power and impose their divisive agendas on society.

These are some of the same tactics of exclusion and demonization that were used by the Rwandan government in the run up to the genocide in 1994 but the lessons of that atrocity appear to have been forgotten.

In Myanmar in 2017, after decades of discrimination and persecution of the predominantly Muslim ethnic Rohingya by the state, more than 700,000 people were forced to flee to neighbouring Bangladesh after a vicious campaign of ethnic cleansing carried out by the military in which thousands of Rohingya were murdered, raped and tortured.

More recently, China has waged its own industrial scale cultural genocide against the Uighur ethnic minority, incarcerating millions of them in huge concentration camps where they are subjected to torture, rape, and de-Turkification and de-Islamisation programmes.

Genocide Memorial Day takes place on the third Sunday of January each year. For the GMD project, the act of remembrance is not limited by the background of either the victims or the perpetrators of any of the genocides.

As a result of the Covid-19 pandemic this year’s event will be available to watch online from 1pm onwards on 17th January.

Haim Bresheeth-Zabner– Marking the Other as the Enemy

Maung Zarni – Why is Myanmar committing a slow genocide against Rohingya people?