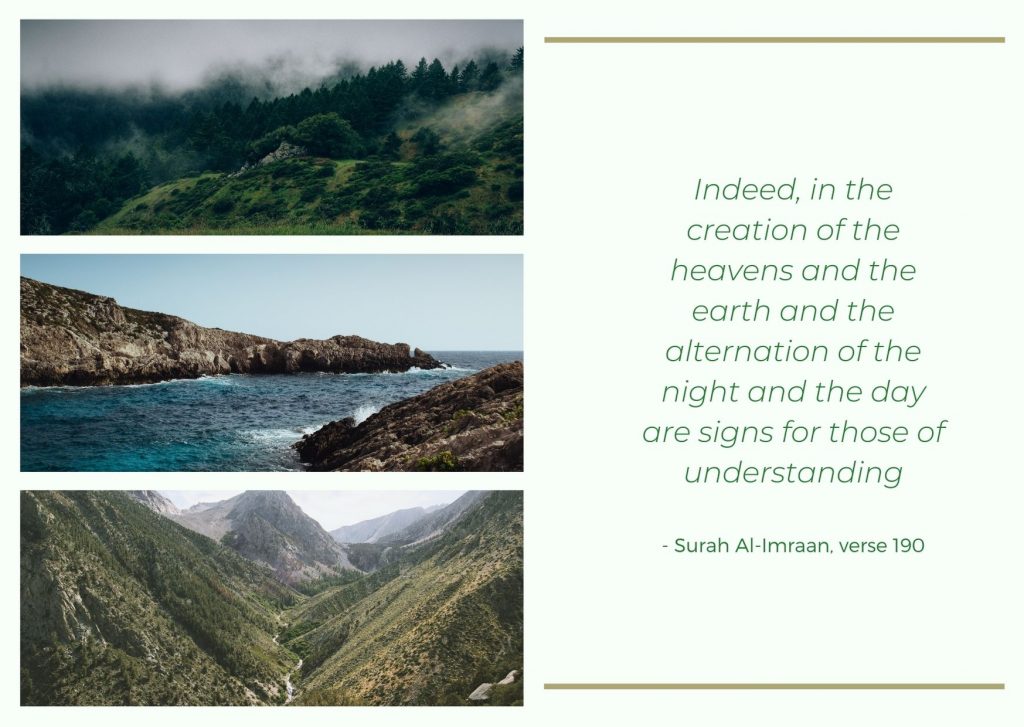 IHRC held an author evening on 11 November with Fazlun Khalid, founder of the Islamic Foundation for Ecology and Environmental Sciences (IFEES) and author of Signs on the Earth: Islam, Modernity and the Climate Crisis.

Fazlun M Khalid was born in Sri Lanka and began his working life in the UK spending much of his career in the British Civil Service. Since 1992, he has devoted himself to raising environmental consciousness among Muslims. In 1994, he founded the Islamic Foundation for Ecology and Environmental Sciences (IFEES), an environmental organisation based in Birmingham, UK, and over the years he has been recognized through numerous awards and accolades as one of the world’s most important Islamic environmentalists.

Chaired by Ahmed Uddin, Fazlun Khalid discussed how the book was created by him asking questions, such as that in spite of civilisation advances humanity has made, how is it that we are facing the dangers of radical climate change, which may mean from a Muslim perspective, that by 2050 it may not be possible for us to do Hajj because temperature predictions will be quite dire.

Khalid looks through history and how human beings began to utilise resources that has led us to our current environmental climate. For example, in the 18th century, during the industrial revolution, steam was used as a reliable power source which was the beginning of the use of fossil fuels. He considers this the beginning of Western dominance of the earth, with the exception of a few countries such as Saudi Arabia, whereas the rest of the world was covered with Western hegemony which enabled them to spread their ideas of leadership, development and growth, and extract natural resources from colonised countries. Currently, we are still living that out; we are connected to this infrastructure through the global economy.

Khalid expands that because of this, the global definition of progress has become a linear entity and progress can only happen in one direction. The colonial education that was thrust upon us was based on the premise that we can progress materially, intellectually and as a consumerist movement. But the world in cyclical; Easter is a cyclical celebration in the Christian faith, Ramadan is cyclical, and we see similar cyclical events in other faiths. So, for those that subscribe to a faith and the presence of the sacred, how have we got into this model of linear developmental progress, which cuts against the grain of nature? This notion forces Khalid to conclude that this civilisation is unnatural and that is why we see climate change, the Paris agreement, loss of biodiversity; we are destroying nature and the microbes that support life.

30-40 years ago, someone asked Khalid, ‘what does Islam have to say about this [i.e., environmentalism]?’, and he didn’t have an answer. It got him thinking about how Islam has become very ritualistic for many, which he called ‘5 pillar Muslims’, in other words, focusing on salah, Ramadan, wudu, etc. which are all fard and necessary, but there are other things to consider in the Qur’an and sunnah. There are 260 verses in the Qur’an about creation, the Creator, to create. It was 10 years after revelation that Allah began to make mention of fard actions, such as prayer. What did Allah mention to the Prophet Muhammad (peace be upon him) through Angel Jibreel, in the 10 years prior to that? The Qur’an refers to the trees, the clouds, the sky, the bird and bees as ayat, i.e. signs on the earth for those who understand [3:190]. In this way, the Qur’an is an environmental manual.

Khalid asked, where do we fit into this global model? Colonialism and the age of enlightenment has changed the course of our lives, i.e., destruction of biodiversity, which was preceded by the destruction of cultural diversity; the diversity of Islam, Hinduism, Zen Buddhism – all of these ways of looking at the world which are all nature-orientated, have been shifted by a dominant hegemonic pattern of ruling the world. Do we as Muslims get sucked into this consumer culture and aid this civilisational model because it brings us goodies, or do we look at the Prophetic model, where he (peace be upon him) says, every meal when you eat, you should leave with stomach 1/3 empty – do we reflect that mentality? How do we change? We first need to realise the earth is a shared planet and work together. We need to educate ourselves about what the Qur’an and sunnah teaches us how to relate to Allah’s creation – we can then give others the positive news. Not only does the Qur’an give pathways to create a better world to live in but the sunnah is also a guide to Islamic natural resources management. More of this is discussed in chapter 5 of Khalid’s book.

Allah mentions in the Qur’an that He does not love the wasteful [7:31] – how does the Prophet (peace be upon him) interpret this in real life? One example was when the Prophet (peace be upon him) was walking past a companion who was doing wudu; he was being extravagant with his use of the water. The Prophet asked, “why are you wasting this water?”, to which he replied saying he is doing wudu. The Prophet replied, “you do not waste water even if you are by a flowing river”.

One viewer asked, how can a typical Muslim family live a more environmentally conscious lifestyle? Khalid’s response was to simply reduce consumption by asking ourselves “do we want it or do we need it?”. To need something is necessary for survival, whereas to want something is completely different, entailing its superfluity. Khalid also responded to other questions about environmentalism being perceived as an issue for the privilege, the importance of halal and tayyib food, space travel and more.