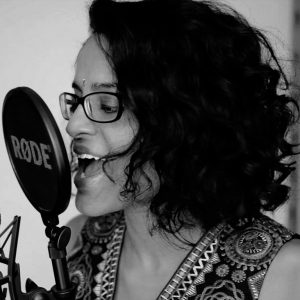 On 19 October 2019, IHRC held a film screening of a music documentary, The Uprising and a Q&A with activist, artist and musician, Pravini Baboeram.

The Uprising tells the story of resistance against racism in Europe and includes commentary and experiences from academics and activists. The Dutch-Indian singer/songwriter Pravini Baboeram offers a decolonial perspective on the anti-racism movement in the Netherlands, UK and France. She not only provides an analysis of the history and legacy of colonialism, but also a vision on strategy for the future of the movement.

The documentary zooms in on collective challenges of communities of colour. In 9 self-written songs Pravini connects the fight against Blackface, the struggle for the recognition of colonial crimes that the Netherlands has committed in Indonesia, the fight for the liberation of Palestine and the struggle in the political field for an inclusive society. “The Uprising” offers a unique view of the resistance against racism in Europe through the eyes of people of colour.

Contributors include Hatem Bazian, Ramón Grosfoguel, Tunahan Kuzu and Arzu Merali, among many others. For the full list, please see here.

Chaired by Arzu Merali (Head of Research at IHRC), the Q&A with Pravini began with her discussing that she was looking for a story that analyses colonial history, a story that connects people of colour, that is unapologetic and connects different struggles. The film is the result of the story Pravini was searching for. While making the film, Pravini said it is “really meant for people who identify with those communities of colour because oftentimes other materials that look at colonial history, focus on a white audience, to convince them of a problem. I don’t want to discuss something that is not up for discussion for me: that we live in an institutionally racist society. If you are white and you learn from it then I am happy, but it is not meant to convince. It is meant to empower people who are looking for strategies and analyses to move forward in the struggle”.

Arzu asked, “When you started this, did you have a clear idea of where you were going and the journey of this process? Pravini responded saying she knew she wanted to discuss specific issues like power dynamics, dimensions of colonialism, the evolution of racism, strategies that are being discussed, the response of the establishment, and how to regain strength in overcoming such oppression tactics. She felt the way in which people analysed these issues was very enrichening and something that inspired her was the idea of inter-generational approach, so the idea to make sure you train the next generation because she found herself sometimes feeling frustrated at how slow the changes are coming. By having a long view of history and realising that we are fighting a system that has been in place for over 500 years, then it makes sense that it takes another 500 years to dismantle that.

Pravini also talked about replacing ‘safe space’ with ‘brave space’, how educational institutions are recognising Pravini’s work as an educational tool and that she is also creating a toolkit to use alongside the film to help the conversation move forward. Arzu and Pravini also took questions from the audience and discussed victimhood versus standing up against injustice, and the importance of having personal heroes and celebrating our own heroes in our own spaces.