Forwarded Alert: UK – Family of Babar Ahmad respond to Europe Ruling on Extradition to the US

Home
Act Now
Forwarded Alert: UK – Family of Babar Ahmad respond to Europe Ruling on Extradition to the US 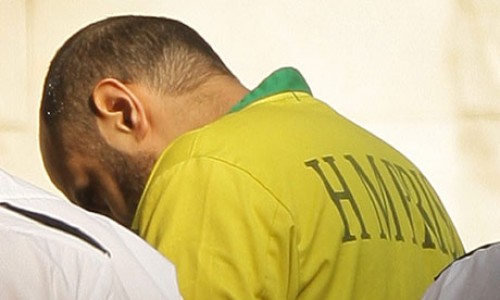 “We are very disappointed with the decision of the European Court of Human Rights. While the decision deals with the issue of prison conditions in the US, the fundamental question remains as to why this matter has even got to Strasbourg and why Babar even needs to be extradited to the US.”

“There has been a serious abuse of process with the police completely mishandling the evidence seized from Babar’s home by sending it to the US before the CPS could take a view on it.”

“Babar is a British citizen accused of a crime said to have been committed in the UK and all the evidence against him was gathered in this country. Nevertheless, British justice appears to have been subcontracted to the US. This should be immediately rectified by putting Babar on trial in the UK and ordering a full public inquiry into the matter.”

“Our Member of Parliament Mr Sadiq Khan has now written to the Attorney General to ask why his predecessor Lord Goldsmith and the CPS misled us all by stating in 2006 that there was “insufficient evidence” to prosecute him in this country when they had not even seen all the evidence.”

“Babar has already been imprisoned without a trial for almost 8 years, something he described in his recent interview to BBC as “the most unimaginable type of psychological torture.””

“Following the recent petition signed by almost 150,000 members of the British public asking for Babar to be tried in the UK and numerous cross party MPs asking for a change in the extradition treaty, we call on our government to listen to the British public and its elected officials and to put Babar on trial in his own country without any further delay.”

To arrange an interview, email info@freebabarahmad.com or telephone 07585355581.

You can also visit www.freebabarahmad.com or the official Facebook page

1.     Babar Ahmad has been detained without trial since 5 August 2004 following an extradition request from the US. A complete timeline of Babar Ahmad’s case from the moment he was arrested on 2 December 2003 can be viewed here.

2.     On 22 November 2011, the Crown Prosecution Service admitted that it had never reviewed all the evidence seized from Babar Ahmad’s home before it was sent to the US authorities. The CPS has nevertheless repeatedly refused to prosecute Babar Ahmad in the UK claiming that there is “insufficient evidence”. On 24 November 2011, Caroline Lucas MP called for a full public inquiry into the handling of the evidence.

3.        A full parliamentary debate on urgently reforming British extradition laws took place on 5 December 2011 with the motion being passed without a vote. The debate came as a result of an e-petition to put Babar Ahmad on trial in the UK securing over 141,000 signatures within 3 months. The e-petition can be viewed at this link.

4.        In 2005, District Judge Timothy Workman, then the most senior extradition judge in the UK, said about Babar Ahmad’s case. “This is a difficult and troubling case. The defendant is a British Citizen who is alleged to have committed offences which if the evidence were available, could have been prosecuted in this country.”

5.        On 22 June 2011, the Parliamentary Joint Committee on Human Rights explicitly raised concerns over Babar Ahmad’s case in its report in ‘The Human Rights Implications of U.K extradition policy’ and recommended that the government urgently re-negotiate the UK- US extradition of individuals in Babar Ahmad’s position.

6.        During his arrest in London in 2003, Babar Ahmad sustained over 73 injuries. In March 2009, the Metropolitan Police admitted carrying out this abuse and paid him £60,000 compensation. Four police officers later stood trial over this attack but were found not guilty.