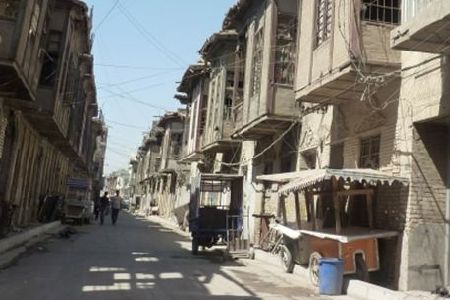 According to an article published on 27th August by the Inter Press Service media agency, prostitution and sex trafficking of women within and from Iraq are at epidemic proportions and soaring. Some reports also describe girls who are held to cater exclusively to the sexual needs of US soldiers stationed at an airport base in the country. In June this year, the US State Department placed Iraq on its Tier 2 Watch List of countries for human trafficking, just above the worst level in its global rating system for the crime. Despite the spiralling nature of this heinous crime, the democratic ruling bodies of Iraq have done little to deal with the problem and have failed to establish any laws to effectively prosecute offenders. Rather it is victims that are often penalized while perpetrators are given impunity due to the entrenched corruption of the authorities. Infact certain brothel owners are believed to enjoy close ties with the Interior Ministry.

Dr. Nazreen Nawaz, Central Media Representative, Hizb ut-Tahrir commented, “Iraqi women continue to pay the costly price of the imposition of the flawed democratic system by Western governments upon their country. Unfortunately, such an outcome was an inevitable consequence of such governments modelling Iraq upon their own secular, liberal, democratic system that has failed dismally to secure the dignity of women within their own countries. In March this year, an FBI law enforcement bulletin described sex trafficking in the US a ‘problem of epidemic proportions’ and that 300,000 American children were at risk of becoming victims of sex traffickers. Currently 1.6 million children under 18 are caught up in the US sex trade. In Europe, officials estimate that more than 200,000 women and girls – ¼ of all women trafficked globally – are smuggled out of Central and Eastern Europe and the former Soviet republics each year with the bulk becoming enslaved prostitutes – almost ½ are transported to Western Europe and ¼
end up in the US. While in India, ‘the world’s largest democracy’, 100 million people, mostly women and girls are involved in trafficking.”

“Globally, the secular, liberal, democratic system, where human beings have adopted the role as legislator has proved totally inept in protecting the dignity of women. Sexual freedom and freedom of ownership within capitalist states that are driven by an insatiable appetite for profit, where everything is up for sale – including the dignity of women – have licensed the sexual objectification of women in advertising, entertainment, pornography, and prostitution. This has normalised and desensitized the sexual exploitation of women, generating a climate that is ripe for the ‘sexual marketing’ of women.”

“It is therefore no less than scandalous that Western governments in their scramble to cash in on toppled dictators now extend their interfering hands into Tunisia, Egypt, and Libya to aid the creation of ‘democratic’ institutions that have failed miserably within their own states to give protecting the dignity of women the serious attention and weight that it deserves. Furthermore, those in the Arab world who argue that liberalism, secularism, and democracy rather than Islam is the path to securing women’s rights should surely ask themselves whether they wish to embrace a model of governance that has also been a model for the violation of the dignity of women worldwide. Is it really wise to believe that such a system can generate security for their women when Western states moulded upon such principles for over a century have failed to do so? Are they willing to risk the same fate that has befallen the women of Iraq, Afghanistan, India, and the West under such a system when so many in the region have sacrificed their blood for a brighter future?”

“Real change in Iraq, Afghanistan and the Arab and Muslim world necessitates radical change. It requires the establishment of the Khilafah state that places the protection of the dignity of women on the level of protecting life itself, that will promote ideas conducive to securing a view of respect of women within society, that will enforce harsh punishments on any form of objectification or exploitation of women, and that mobilised whole armies to protect the dignity of 1 woman. Surely this is the system that deserves the support of those who sincerely wish to transform oppression into justice for their lands.”