Gaza: A Symbol of Global Dispossession 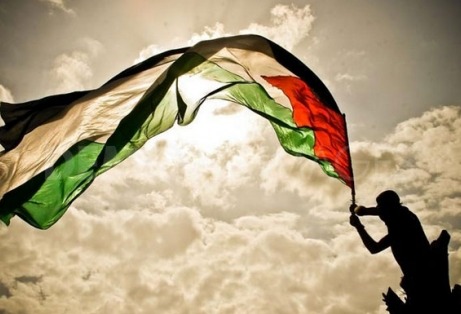 We are living at a time when Wall Street thieves are celebrated for being canny smart investors while bankrupting countries; when politicians who invade countries killing hundreds of thousands based on falsified or manufactured evidence are honored with libraries and buildings bearing their names; and when a professor who wrote torture memos is granted endowed chair at prestigious university, then something is seriously wrong in the world. At a time when young kids crossing borders in search of safety and better life are branded as security threat and treated like criminals, then something seriously wrong in the world. One can feel it deeply and have a gut reaction to this global injustice, dispossession and naked aggression that makes one sick to the core of his/her being.

Gaza and Palestine have become the touch stone struggle for a dispossessed global community that sees its freedom, dignity and livelihood constantly under attack by the few holding power over them. From the streets of San Francisco to the alleyways and block buildings across the vast world people see a small Palestine and Gaza in their daily lives that makes them feel sick to the core witnessing another massacre committed against the Palestinians with utter silence or complicity of their elites in the slaughter. Multiple Israeli Goliaths facing a Palestinian David with the whole world leadership watching from a distance and their people are powerless to do anything for their own local goliath has crushed them.

The on-going obscene Israeli assault on Gaza is, on the one hand, a reflection of the asymmetrical power relations with the Palestinians but on the other is indicative of the world impotence as well as the leadership culpability in the slaughter underway. We should for sure list Israeli crimes against Gaza’s Palestinian population with as many as 200 maimed to death including whole families, 1200 injured and some 500 homes destroyed. This is the third such attack on a population that has been put on an Israeli induced “diet” program beginning in 2006 after Hamas’ election victory. However, it is all enabled by a global system governed by the few at the expense of the many whereby the right is granted to the Occupier to punish its victims one more time under the rubric of ” self-defense”! Palestinians in Gaza are refugees from the 1948 Israel ethnic cleansing that has yet to stop.

Contrary to manufactured public perception, Gaza is under an occupation regime and is totally controlled from the air, land and sea by Israel. In addition, every aspect of Gaza’s daily life is subject to Israeli control from limits on food intake, water and electric distribution to newly born Palestinians registration: the Israeli open air prison system is total and comprehensive. The Occupation structure is known to world powers including the Quartet, UN, European Union and the Arab and Muslim worlds, which raises questions about the responsibilities for those who fund and extend diplomatic, economic and “legal” cover for Israel’s atrocities against the Palestinians from 1948 to the present.

The bombs falling on Gaza are provided to Israel free of cost by the United States government, the public statement supporting Israel right to defend itself from America and European Union member states manages to encourage Netanyahu further to commit war crimes against an occupied population. All being signatories to the 4th Geneva Convention leaves much to be desired as the violation of each and every article is witnessed and further cemented by statements of support to the aggressor. Nay, we have total support for Israel with no shame at all in defending one massacre after the other. Are we surprised that the Arab and Muslim person in the street holds the US and Europe in such low regard for the hypocrisy and double standards witnessed daily on the Palestine front for the past 67 years. Yes, one can appreciate the humanitarian foreign aid coming from the US and the European Union but Palestinians are not seeking a world that acts as the emergency intensive care unit for Israeli crimes. We are not beggars looking for handouts; rather freedom and dignity seeking people that have been manifold victimized by the major powers and their spoiled child Zionist Israel.

To speak of this as a war is an insult to the intelligence; it is an exercise in shooting at setting docks locked-up in cage without an escape route. There is no equivalency between the Occupied and the Occupier for the occupation itself is the highest form of systematic violence committed against the occupied population. The United Nations statements making equivalency between Israel and the Palestinians as if both are fighting on equal footing or two independent states in the middle of a conflict or war on a battlefield.

Framing the one-sided turkey-shoot as a war only helps strengthen Israeli narrative and further problematizes the Palestinians in their quest for freedom and dignity. Palestinians are struggling against a colonial settler occupation with an Israeli state founded upon a racist ideology with exclusivist structures and enforcement of an Apartheid system against the indigenous population; something the UN should be vehemently against. Yet, the US and European States have been a major impediment for the UN Security Council to take effective measures and statements issued by the organization end-up adding insult to injury when they equate the Occupied with the Occupier.

What can one say about the “poor” Palestinian Authority, Arab and Muslim world collective Uncle Toms’ post-colonial leadership; they can’t help themselves being mentally and physically committed to helping Israel in its effort to crush the Occupied population (few exception are present but they don’t negate the norm). The first act of liberation is in the mind and Arab and Muslim leadership have yet to develop the capacity to think and act as free people. Palestine is the test for free people.

From one perspective this counts as Israel’s war on Gaza but in reality it is enabled and jointly carried with an Egyptian military junta ready to kill its own people to protect its “narrow” interests and alliance with Israel. Likewise, the Palestinian Authority, a mere hired hands to run Israeli security and protect the settlers, are partners in this campaign speaking the Occupier’s PR language, arresting activists, preventing solidarity protests in the West Bank and facilitating security coordination at all levels. The PA security coordination and structure is made possible by US funding and supervision with the direct involvement of Jordan’s trainers and technical know how: thus the Palestinians are subject to an internationally coordinated and funded efforts directed at maintaining them in permanent occupation and at the mercy of their tormentors.

The Arab Foreign Ministers are meeting in Cairo once again to issue another “declaration” that essentially will inform Israel that they are not going to do anything to stop the aggression. However, a number of Arab leaders will mount a campaign to pressure Gaza to accept Israel’s conditions for stopping the attacks and lay the blame on the Palestinians for being “adventurous” in resisting the Occupation and for wanting to defend themselves. Indeed, this language appears as if it is sent directly from Tel Aviv and the Israeli Foreign Ministry to enable the “Arab and Muslim” allies to blame the victim for being victimized and absolve Israel of any responsibility. Palestine and Palestinians are increasingly treated by Arab and Muslim states as “the enemy” while Israel is the economic, political and strategic ally against Iran.

The reasons for this alignment should be clear to all since Arab and Muslim states are overwhelmingly undemocratic, dynastic and lack popular mandates from their people. As a way to keep domestic control they depend on external powers to provide security, intelligence and military hardware against internal opposition, an area that Israel has been instrumental across the region, Europe and America. However, in return Arab and Muslim states provide intelligence on the Palestinians, set-up controls against their movement and work to disrupt political organizing and advocacy on behalf of Palestine. This insidious structure has developed over a long period of time and it is the same one deployed by the Palestinian Authority as well. Adding insult to injury is that some Arab and Muslim countries go as far as “hiring” AIPAC to lobby the US on their behalf leading to further strengthening of Israel’s hand over the Palestinians on the one hand and over the Arab and Muslim worlds on the other.

The dust has not yet settled on this attack and it might develop further in the next few days but what is certain is that Israel’s ability to dictate the terms are no longer sustainable. Gaza’s defiance in the face of overwhelming power and the ability to counter Israeli aggression with qualitatively initiated responses has already reconfigured the strategic landscape, which will impact the carefully managed regional arrangements. Israel brand is under extreme stress and the Gaza campaign will open the floodgates for a renewed and massive global BDS movement. Free Palestine is the idea and the movement of our time, which has a constituency ready to act across the globe because it made the immediate connection between its own dispossession and that of the Palestinians. As to the Arab Foreign Ministers I recommend they hold their next meeting in Gaza and see if it can help them develop an anti-colonial backbone for they will find abounded supplies in the Strip and is given for free for those with courage.

The article was first published in TurkeyAgenda