Home
Reports and Books
Getting the Message: The Recurrence of Hate Crimes in the UK 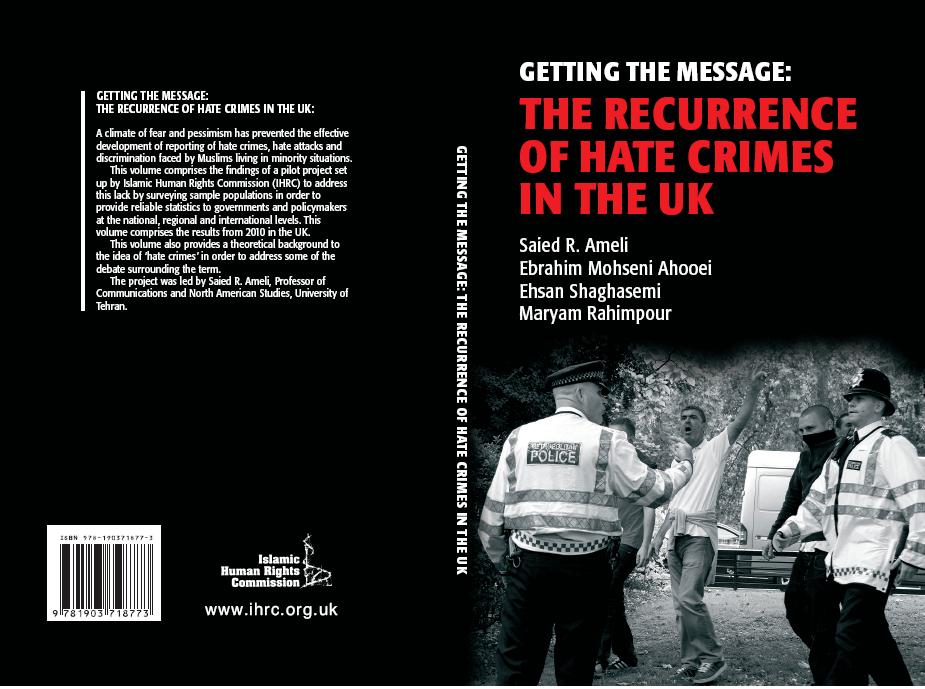 IHRC is pleased to announce the publication of its inaugural study to its ongoing project investigating issues of hate crimes and discrimination as experienced by Muslims in the UK and Europe. The study gives special attention to the Islamophobic and racial motivations for such crimes and goes beyond merely looking at major criminal acts, such as murder and other forms of violence, and considers the environment in which such acts may be encouraged and legitimised. This includes factors such as discriminatory legislation resulting in social inequality in jobs, housing and social services, among other things, as well as negative media representation of Muslims.