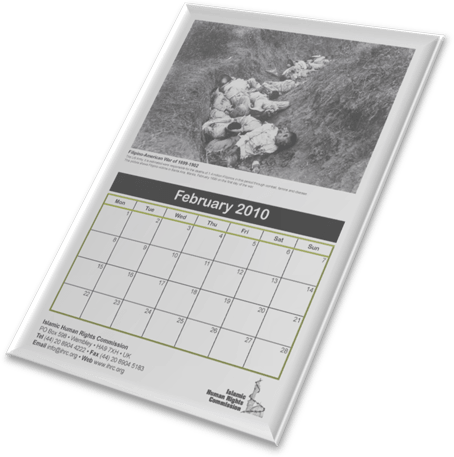 Omar Ahmed writes on the brutality of the American colonisation of the Philippines.

“It should be the earnest wish and paramount aim of the military administration to win the confidence, respect, and affection of the inhabitants of the Philippines by assuring them in every possible way that full measure of individual rights and liberties which is the heritage of free peoples, and by proving to them that the mission of the United States is one of benevolent assimilation substituting the mild sway of justice and right for arbitrary rule.” [1]
William McKinley
December 21st 1898
Benevolent Assimilation Proclamation

“The present war is no bloodless, opera bouffe engagement; our men have been relentless, have killed to exterminate men, women, children, prisoners and captives, active insurgents and suspected people from lads of ten up, the idea prevailing that the Filipino as such was little better than a dog…

Our soldiers have pumped salt water into men to make them talk, and have taken prisoners people who held up their hands and peacefully surrendered, and an hour later, without an atom of evidence to show that they were even insurrectos, stood them on a bridge and shot them down one by one, to drop into the water below and float down, as examples to those who found their bullet-loaded corpses.” [2]

By the end of the nineteenth century Spain’s once vast imperial empire had receded almost completely to the mainland.  The Spanish-American War of 1898, and the defeat of the Spaniards, effectively marked both the end of the Spanish empire and the emergence of the United States upon the stage of global affairs.  On 10 December 1898 the Treaty of Paris was signed and officially ended hostilities between the major powers.  After lengthy negotiations it was agreed that under the terms of the treaty Spain would cede Guam and Puerto Rico to America, whilst relinquishing all claim of sovereignty over the title to Cuba.  The Philippine Islands were in their entirety sold to the US as part of the treaty.  For the native and indigenous people of lands once colonised by the Spaniards, the new and menacing spectre of American colonialism presented itself on the horizon.

Subjugation by the US however was not a forgone conclusion for nationalist resistance movements in the Philippines.  The struggle for self-determination had in fact already manifested itself in the Philippine Declaration of Independence of June 12, 1898 in Cavite el Viejo by Filipino revolutionary forces led by General Emilio Aguinaldo who announced the sovereignty and independence of the Philippine Islands from the colonial rule of Spain.  This declaration however was not recognised by either Spain, who could not bear the possibility of further damage to its imperial reputation, or by the US who had its own designs for the resource rich and strategically crucial Islands.

In at attempt to rationalise the annexation of the Philippines, US President McKinley issued the Benevolent Assimilation Proclamation on December 21, 1898.  This proclamation epitomised the imperial mindset which characterised many a colonial empire throughout history, whether it be the mission civilisatrice pursued by French and Portuguese empires in Africa and South America throughout the nineteenth and twentieth centuries, or indeed those justifications evoked by the British Empire in South East Asia and beyond which claimed the lofty goal of “modernising” a “backward” world.  The reality in 1898, just as in previous eras of colonial domination, was that the rhetoric of spreading the liberal values of western civilization, or the notion that imperialists came ‘not as invaders or conquerors, but as friends, to protect the natives in their homes, in their employments, and in their personal and religious rights’[3], barely disguised the inherent racism of policies and acts that served only to guarantee control of strategic geo-political territory through ruthless measures whilst exploiting colonies of their natural resources and raw materials, solely for the profit of metropolitan elites.

Unwilling to cede national sovereignty to US occupation and rule, the first Philippine Republic led by Emilio Aguinaldo, which had already waged a successful war of resistance against Spain, mounted a resolute nationwide opposition movement against US invading forces.  Thus began the Philippine War of Independence, a revolutionary struggle that lasted until 1913, and it was only in 1946 under the terms of the Treaty of Manila that the Philippines gained complete independence.

The actual number of Filipinos killed as a result of the American invasion and occupation from 1899 onwards is unclear.  Gabriel Kolko, in Main Currents in Modern American History, articulates the context of the mass murder, where:

Howard Zinn’s A People’s History of the United States cites 300,000 Filipinos killed in Batangas alone, while William Pomeroy’s American Neo-Colonialism cites 600,000 Filipinos dead in Luzon alone by 1902.  The highest estimate of 1.4 million refers to the period from 1899 to 1905 when resistance by the Filipino revolutionary forces evolved from outright combat in battle to guerrilla warfare.  Frustration and anger towards Filipino defiance had led the US army to target the wider population as it sought to destroy the burgeoning guerrilla movement.  Scorched earth tactics were employed as commanders began to refuse taking prisoners, burnt whole villages to the ground and routinely executed surrendering Filipinos.  Civilian populations accused of being “sympathisers” were herded into concentration camps as disease and squalor increased the death toll by thousands.

Those who survived were tortured, and a refusal to divulge information would often result in one particularly cruel method of interrogation; where four or five gallons of water were forced down the throat of the prisoner until his body became an ‘object frightful to contemplate.’  The water was then forced out by kneeling on his stomach.  The treatment was repeated until the prisoner talked or died [5].

This was a policy of ‘benevolent assimilation’ perhaps only in the language of an oppressor, yet for those fighting against the US it merely strengthened their resolve.  The guerrilla movement was however eventually crushed as the American repression of the civil population enormously reduced the morale and resources of many Filipino resistance fighters forcing them to lay down their arms.

It is worth noting that the Moro (Filipino Muslim) resistance continued well into the following century, even after the capture and/or surrender of influential revolutionary leaders including Emilio Aguinaldo, General Miguel Malvar and General Simeon Ola led to the official end of hostilities in 1902.  Moro bravery and commitment to resistance against the US was particularly notable in the battles of Bud Dajo and Bud Bagsak, in which the heavily outnumbered Filipinos, including many women and children, fought to the death against US invaders.

Employing a narrow definition of genocide might lead us to assume that US actions in the Philippines resulted in an undeniably large, if contested, number of people killed and that this methodical strategy of mass murder was concerned solely with physically annihilating a people.  Yet this would be ignorant of the multi-dimensional character of genocidal acts, particularly in relation to the already existing social and cultural fabric within the pre-colonised society.  As the Filipino intellectual Epifanio San Juan Jr points out:

“As with the American Indians, US colonization involved, among other things, the destruction of the specific character of a persecuted group by forced transfer of children, forced exile, prohibition of the use of the national language, destruction of books, documents, monuments, and objects of historical, artistic or religious value. The goal of all colonialism is the cultural and social death of the conquered natives, in effect, genocide.”[6]

Semantic disagreements over the use of the term ‘genocide’ abound, yet it remains clear that in the case of the US invasion and occupation of the Philippines, a ruthless policy of cultural, social and demographic genocide was indeed pursued by the government.

Hundreds of thousands lost their lives in the Philippines because of their refusal to accept the imperial ambitions of the US.  After formal independence in 1946 the Philippines served as a base for the US army in the Far East, including for the purposes of its military invasion of Vietnam.

The Filipino people continued to suffer under the undemocratic rule of a series of dictators backed by Washington. To this day the Philippines bears the mark of US colonial oppression, economic under-development, widespread poverty and social inequality. [7]

The idea of genocide as a concept used to define only events that have passed is in contradiction to the realities of the world as it is. Masses of people are still dying today, in the present, in warzones across the world and as a result of famine, disease and poverty.  Remembrances of the horrors of genocide must be coupled with a collective determination to prevent their re-occurrence.  It is perhaps history’s most important lesson that we remain yet to learn.

For more information see the findings of the United States Senate Committee on the Philippines as published in Secretary Root’s Record: Marked Severities In Philippine Warfare by Storey , Moorfield Storey and Codman (USA, Kessinger Publishing LLC, 2007).