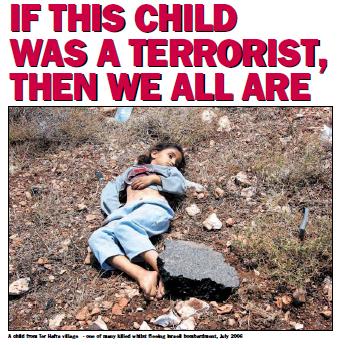 The carnage of the Lebanon war was highlighted on the cover of this year’s newsletter.  The 33 day war on Lebanon by Israeli forces threw shame on the international community for their complicity and silence.  This year, IHRC was involved in various initiatives in protest at the war, including a public call for a ceasefire, various protests and a briefing on the international law position on the hostilities.  Included in this newsletter are some photos from the fact finding mission sent by IHRC after the cessation of hostilities.

On the UK front discrimination on the basis of hijab again occupied part of the advocacy section’s time, as did the incidents reported to it of hate attacks.

As with every newsletter there is a focus piece on the state of civil liberties in the UK.

Other campaigns this year focussed on Babar Ahmed, Mirza Tahir Hussain, Keith Shilson and Nadir Remli, all related to the UK. 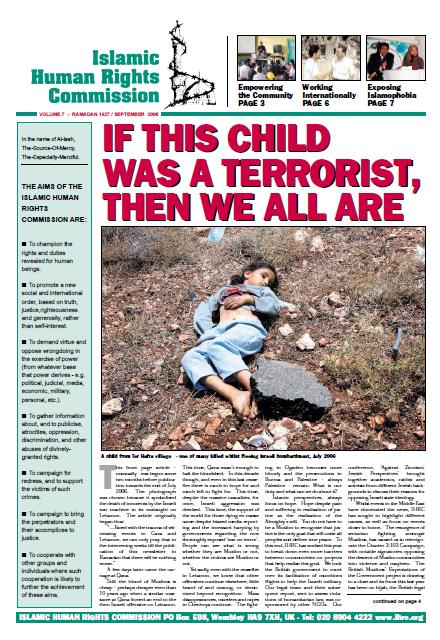 In light of the continued waves of anti-terror law and policy in the UK, IHRC undertook Know Your Rights workshops for young people to know their position under the law.

The research section completed its fourth and fifth volumes of the British Muslims Expectations Series on Hijab and Law respectively.

The key event of the year was the landmark conference: ‘Against Zionism: Jewish Perspectives.’

There was another call from the unity project Charter 3:103 to stop internecine bloodshed in Muslim countries, particularly with regard to Nigeria, Pakistan and Iraq.