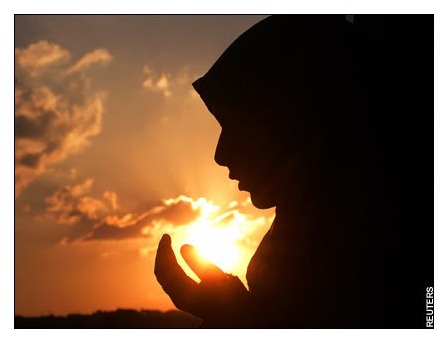 The Fourth International Congress on Islamic Feminism will be focused on the analysis of the current status of this movement and its future prospects. Once launched the debate and main arguments, there remains the daunting task of making them known and achieve the greatest possible number of accessions. It is necessary to locate the main resistance to IF, both among non-Muslims and Muslims, and think ways to face them. What has the real potential to change the IF real situation of Muslim women in those contexts in which are discriminated? How to deal with the claims of authority (authoritarianism) of conservative religious structures?

• The spiritual dimension. One of the main focus of the fourth edition will be exploring the relationships between spirituality, Sufism and feminism in Islam.

With the collaboration of:

1. To continue the task which was started in the previous editions of the Conference on Islamic Feminism, through which the growing Muslim women’s movement in pursuit of gender equality became known, on a theoretical and practical level.
2. To analyze the strategies undertaken by Muslim feminists to cope with new forms of oppression arising from globalization.

3. To analyze the relationsheep between Islamic spirituality, Sufism and Feminism.

4. To help to consolidate Islamic Feminism as a transnational movement, through the creation of networks of organizations working in the field of women’s rights in Islam.

Public / Sectors to whom the activity is addressed:

•    Organizations which work to improve the legal and social situation of women in the field of Islam.
•    Muslim women from countries in which patriarchal cultural practices or discrimination against women takes place.
•    Institutions or persons working in the fields of feminism or gender equality.
•    Institutions or persons carrying out their activities in the fields of immigration and cultural diversity.
•    Non-governmental organizations working with countries with a Muslim majority.

•    Development of the www.islamicfeminism.org website.
•    Intellectuals and personalities that may be able to help with the spread of the feminist movement in the Islamic world will be invited to the Conference.
•    The main organizations and persons from the Spanish State involved in the promotion of gender equality will be invited to the Conference, as well as non-governmental organizations working with Muslim women (international cooperation, immigration, etc.).
•    Those responsible for the areas of women and immigration in the main Spanish City Councils will be called upon through the Municipal Network.
•    The Conference will do its best to foster the presence of the feminist guests in the media.
•    The making of a documentary of interviews with the participants, which can later be used to give presentations on Islamic feminism.